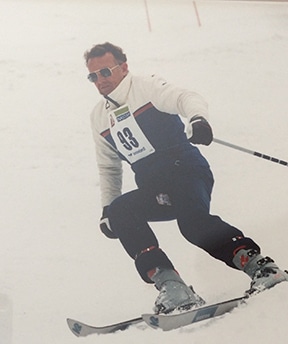 Joseph William Neuhaus passed away peacefully surrounded by his family on Saturday, September 24, 2016.  Born in Sudbury, Ontario, Joe enlisted in the American Army at 17 and served in the Korean conflict as a medic.  After raising a family in Decatur, he began the second part of his life, retiring from Burroughs Wellcome, finding and marrying Annette Rogers and moving to the Stone Mountain/Clarkston area.  Together they enjoyed many years of skiing and golfing around the U.S.

One of 8 children, he was predeceased by his brothers, Fred,  Richard and Clem.  He is survived by his loving wife, Annette, his siblings Mildred, Johanna, Tom and George,  his daughters, Raye, Jolee  and Jeri, his stepchildren, Debbie, Al,  Richard  and Stacy, numerous nephews, nieces, grandchildren and great grandchildren.
A memorial will be planned for a later date.  In lieu of flowers, donations to the Alzheimer’s Association are welcome in memory of Joseph William Neuhaus.  Georgia Cremation 3570 Buford Highway, Suite 202, Duluth, GA 30096 is assisting the family with local arrangements (678)584-0914.  Messages of condolence may be made or viewed by visiting www.GeorgiaCremation.com.