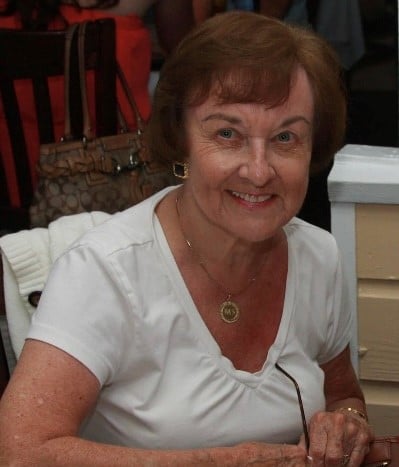 Barbara Lee Startt, 84, of Suwanee, Georgia passed away peacefully on December 2, 2021, with loved ones by her side.

She was born Barbara Lee Cox on August 24, 1937 in Swedesboro, New Jersey to Marvin and Edith Cox. She grew up in South New Jersey, attending schools in Woodbury, New Jersey and graduating from Woodbury High School in 1955. She then attended The University of Maryland and was a member of Pi Beta Phi sorority. It was at the University of Maryland where she met the love of her life Craig Startt. They dated for a couple of years and were married in Buffalo, New York in 1957.  After a honeymoon in The Thousand Islands, Barbara and Craig settled down to begin a family and finish their educations. Their first child Kevin was born in 1958, in Buffalo, NY. Barbara attended the University of Buffalo and graduated in 1961 with a degree in Early Childhood Education. After relocating back to New Jersey, Barbara began her teaching career. In 1966, after Craig completed his degree in Electrical Engineering, they relocated to Minneapolis, Minnesota where their second child, Karen, was born. 2 moves later, in 1969, Eric was born in San Jose, California. Then followed 15 additional houses together with travel and vacations in all 50 states, 6 provinces of Canada and 26 countries from Australia to Russia. Fortunately Barbara loved to travel and was always up for an adventure.

Her family eventually settled in Marietta, Georgia, spending 13 years in her favorite community, Weatherstone, where she enjoyed many friendships, bridge groups, and tennis teams. In addition, she loved volunteering at neighborhood swim meets where her children were involved year after year. She quite possibly enjoyed it more than they did. She found great joy in supporting her children in all their activities from sporting events to piano recitals. She never missed an opportunity to show support and love.

Through the years, she was an active member of three churches: Campground United Methodist Church, (now known as East Cobb United Methodist), Mount Bethel United Methodist Church, and Marietta First United Methodist Church, where her daughter was married. She enjoyed singing in the choir, women’s circles, and Sunday School. Church attendance was very important to her, as were the traditions associated with her faith. Her favorite ministries were Meals on Wheels and Must Ministries. She had an affection for the elderly, often dropping by to say hello, sharing a meal or lending an ear. She would often take her grandchildren to visit older friends who weren’t able to get out much. She knew it would bring them joy.

Barbara was pre-deceased by her father, Marvin Cox; her mother, Edith Walters Cox; and her brother, Wayne Cox.

In lieu of flowers, contributions can be sent to Must Ministries: www.mustministries.org.

A Celebration of Life service will be held in early January. Location and time to be determined.