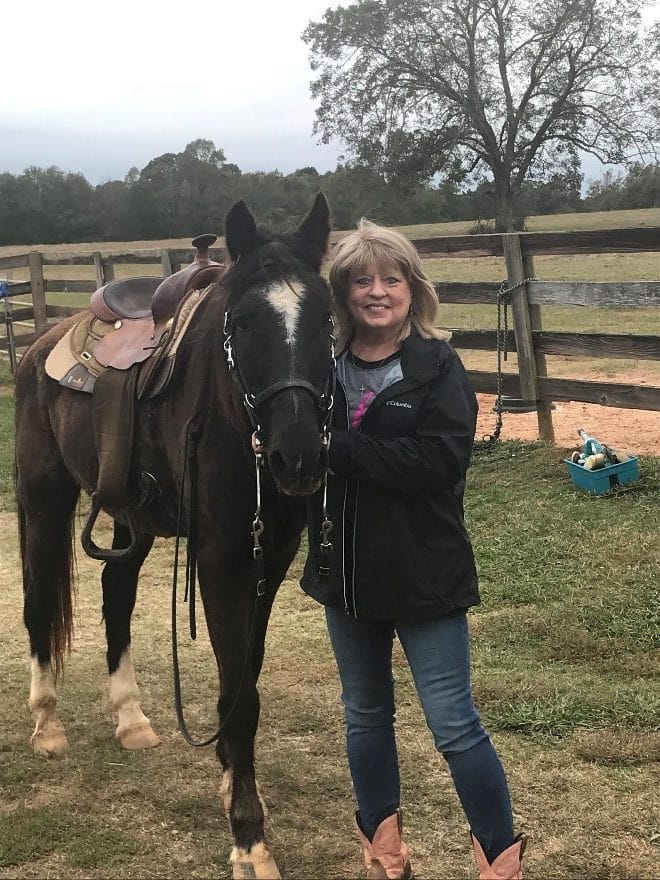 Mrs. Carole Anderson Crenshaw, age 61, of Newnan, passed away after a long battle with cancer on May 27, 2018.

Mrs. Crenshaw was born on October 27, 1956 in Albany to Mr. Leroy “Andy” and Mavis Anderson. She grew up in the Albany area alongside her two brothers. She graduated from Dougherty High School in Albany and went on the earn an Associate’s Degree in Business from Georgia Southwestern College.

Mrs. Crenshaw was married to Mr. Steven Crenshaw Sr. in 1983. The couple lived in Fairburn for many years until settling in Newnan in 1997. Mrs. Crenshaw was a Baptist and long-time member of Crossroads Church in Newnan where she was a member of the Willis Community Group and hosted a weekly Bible study. She had a 15 year long career at Delta Airlines as a Administrative Assistant and an Analyst until her retirement in 2016.

Mrs. Crenshaw was outgoing, sassy and fun. She never met a stranger, even in the grocery store line. She enjoyed spending her time with her grandchildren and swimming in her pool. She was loving to people as well as animals. She had a true passion for horses. She was a devoted pet mom, grandmother, mother and wife.

Mrs. Crenshaw was proceeded in death by her father: Mr. Leroy “Andy” Anderson. She is survived by her loving husband: Steven Crenshaw Sr. of Newnan; mother: Mavis Anderson of Albany; children and their spouses: Amy and Scotlon Hughes of Jefferson, Shawn and Tiffany Crenshaw of Newnan, Shane and Melissa Crenshaw of Newnan; grandchildren: Alaina, Bailey, Steven III, Jackson, and expected grandbaby Carolyn Eleanor; brothers: Roy Anderson of Dallas, David Anderson and his wife Linda of Albany; many friends at Crossroads Church.

The Crenshaw family would like the extend their heartfelt appreciation to the staff of Cancer Treatment Centers of America, where Mrs. Crenshaw received to highest quality of service and care.

A memorial service will be held at 4:00 PM on Thursday, May, 31, 2018 at Crossroads Church, 2564 Highway 154, Newnan, GA. Friends may visit the family beginning at 2:00 PM at the church. In lieu of flowers, Carole wanted donations made to Cancer Treatment Center of America – Newnan in her memory.

The Crenshaw family is being assisted by Georgia Cremation, 1086 Highway 54 West, Fayetteville. Messages of condolence may be left at www.GeorgiaCremation.com.