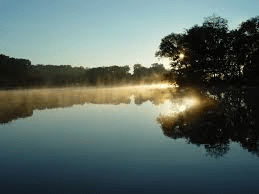 Chuck was born in Cape Canaveral, Florida and grew up in Lawrenceville, Georgia; then in 1995 he moved to Dawsonville on the north of Lake Lanier.  He enjoyed the lake so much he wanted it to be part of his daily routine.  He decided to start his own business in 1997 as Chestatee Dock & Marine boat dock service and construction.