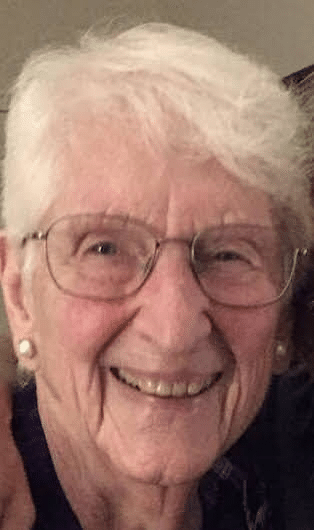 Better known as Fay, Clara was born in Columbus, GA, on January 3, 1932, to the late Frank and Lucille Peltier. She grew up alongside two sisters, Beatrice and Betty. She graduated from Jordan Vocational High School in Columbus and, in November of 1951, was wed to Navy sailor Gene Parker. Clara spent many years as a homemaker, raising her children, and later in life, became a secretary working for Beltone Hearing Aid Center for several years. The Parkers lived a true military family lifestyle residing in Morocco, Spain, Massachusetts, North Carolina, Tennessee, New York, and Georgia. Clara spent the last few months of her life in Brooks, GA, where she was cared for by family.

Clara never met a stranger and would talk with anyone who would lend an ear. She enjoyed traveling with her bowling league, casino trips with her family, and crocheting, donating hundreds of baby blankets to her local hospitals’ NICU units. Clara was a life-long Methodist, a wonderful mother, grandmother, and GG Mom.

In lieu of flowers, donations may be made in Clara’s memory to Southern Grace Hospice. The Parker family is being assisted by Georgia Cremation, 1086 Hwy 54 W, Fayetteville. Messages of condolence may be left at www.GeorgiaCremation.com.