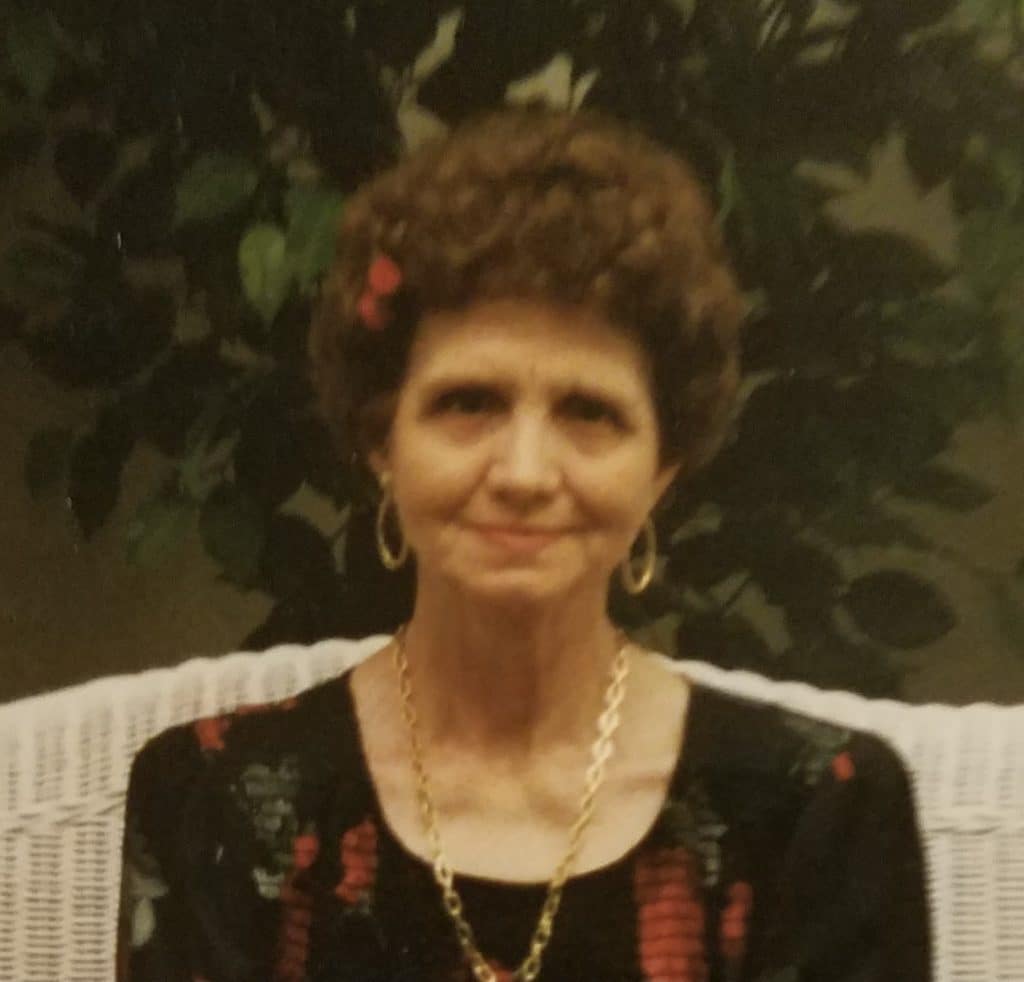 Connie was born on July 7, 1934 in Columbus, Georgia to Hugh B. and Blanche Talley Warcop. Connie learned to play the piano at a young age and her father wanted her to pursue this as a career; however, Connie had other plans. She didn’t want a career, she wanted to raise a family. She married LeDon Edge and had three children, two sons and a daughter. When she lost LeDon in death, she remarried Lawrence Smith and had another son.

Connie enjoyed working in her garden, growing fruits and vegetables to feed her family. She read any book she could to teach herself how to garden successfully and how to can fruits and vegetables. She kept charts and revised them to keep track of what and when she planted, when to rotate crops to make the best  use of the soil and produce the best quality. She loved flowers and spent time in her yard tending to and  enjoying their beauty. Her favorite flowers were sunflowers and she decorated her house with them. She  was known for her baking, especially pies and cakes. Although it took days to complete, she cherished making a southern Lane cake with her mother. All who knew her thoroughly enjoyed her sharing those treats! She also enjoyed fishing and really liked to fish with her friends, June and Charles Thornton.

She enjoyed spending time with her family and spiritual family, as one of Jehovah’s Witnesses. She was baptized on September 25, 1988 and became a devoted member to the original Beallwood Congregation of Columbus, Georgia and later the River Road Congregation of Midland, Georgia. Her faith in Jehovah God was strong and she cherished that relationship. She shared that faith with anyone she met.

The River Road Congregation will hold a memorial service on Zoom on Saturday, May 14, 2022 at  2:00pm EST. Please reach out to family for Zoom information if you would like to attend virtually.

Georgia Cremation – Columbus is assisting the family with arrangements.