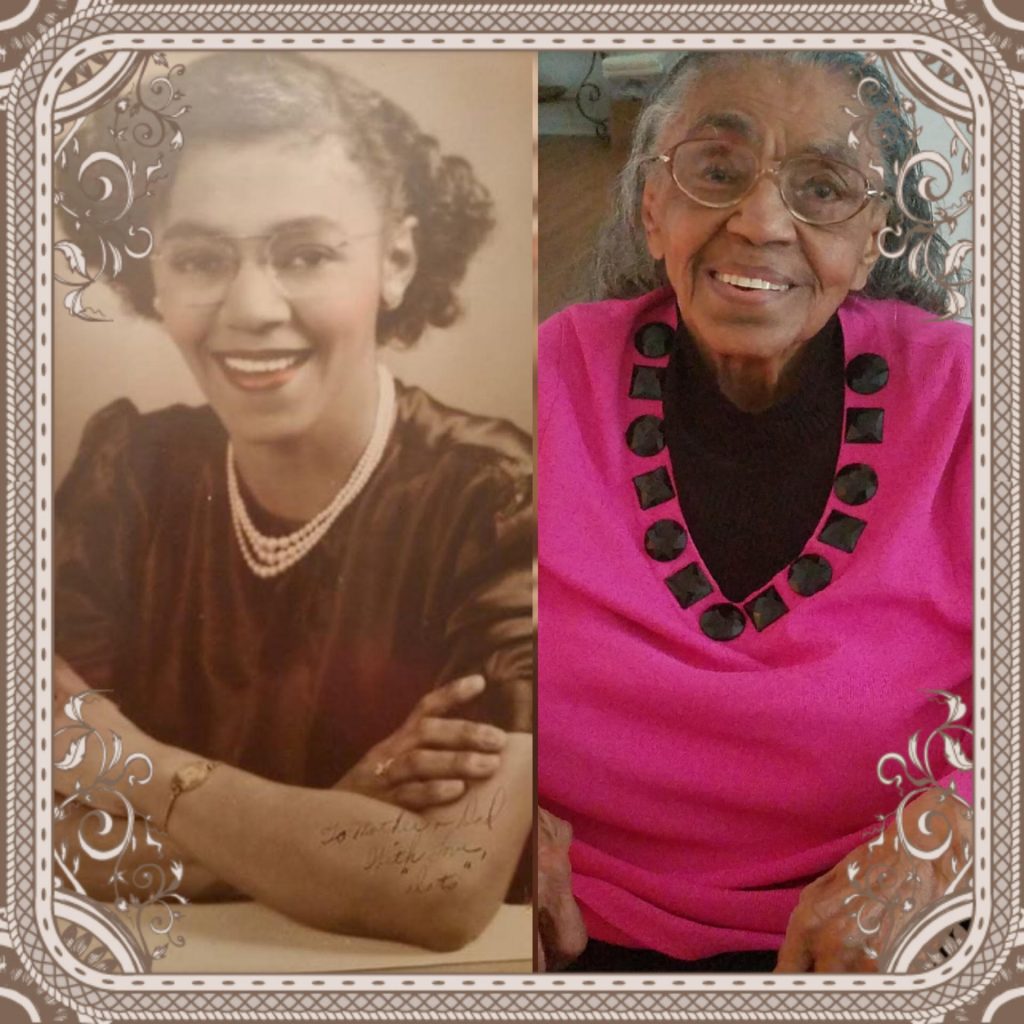 Dorothy Mae Cato was born on December 27, 1916 in Pittsburgh, PA.  She was one of six children born to Harry Lynch Smith and Carrie Anderson Smith.  She was born and grew up in the Hazelwood community and was educated in the Pittsburgh Public Schools.  She attended Taylor Allderdice High School.

At age 16, Dorothy began playing piano and became quite skillful at it.  She enjoyed playing piano throughout her life.  She played for her church in Pittsburgh and even at age 102, she could be found playing her keyboard.  Dorothy also enjoyed knitting and crocheting, a skill she learned at age 16.  Throughout her life, she made afghan blankets for all of her family members.  She also made beautiful and intricate lace table cloths, which would often take a year or more to complete.

In March of 1935, Dorothy married Clifford Cato and remained married to him for 56 years until he departed this life.  To that union, five children were born- Alfreda, Carolyn, Phyllis, Clifford Jr., and Cynthia.

Dorothy loved to travel and she enjoyed spending time with her family and friends.  During her travels, she met many famous entertainers in the 50s and 60s.  Among her memorabilia, are autographed pictures of Tony Orlando, Tom Jones, Mike Douglas, and Frank Sinatra to name a few.  Dorothy was well advanced in age but her memory was sharp.  It was fascinating listening to her talk about her childhood, family, life experiences and history.  She remembered events with great detail.  She had a great sense of humor and was very witty.

Dorothy loved attending and participating in Church.  At age 7, Dorothy was baptized in St. John’s Evangelist Baptist Church in Pittsburgh by Reverend Robert Burrell.  After marrying in 1935, she became a member of Central Baptist Church under the pastorate of Cornell E. Talley because it was closer to her new home.  She remained a member until she relocated to Baltimore, Maryland in 2001.  Through the many trials in her life, she never stopped attending church.  In Baltimore, she attended Restoring Life International Church (currently Dream Life Worship Center, Pastors Kenneth and Lenyar Sloan-Robinson) where her Baltimore family worshipped.  Finally after relocating to Atlanta Georgia in 2017 at age 101, she became a member of Harvest Rain International Church in Fairburn Georgia where the Pastors were Douglas and Ingrid Thompson.