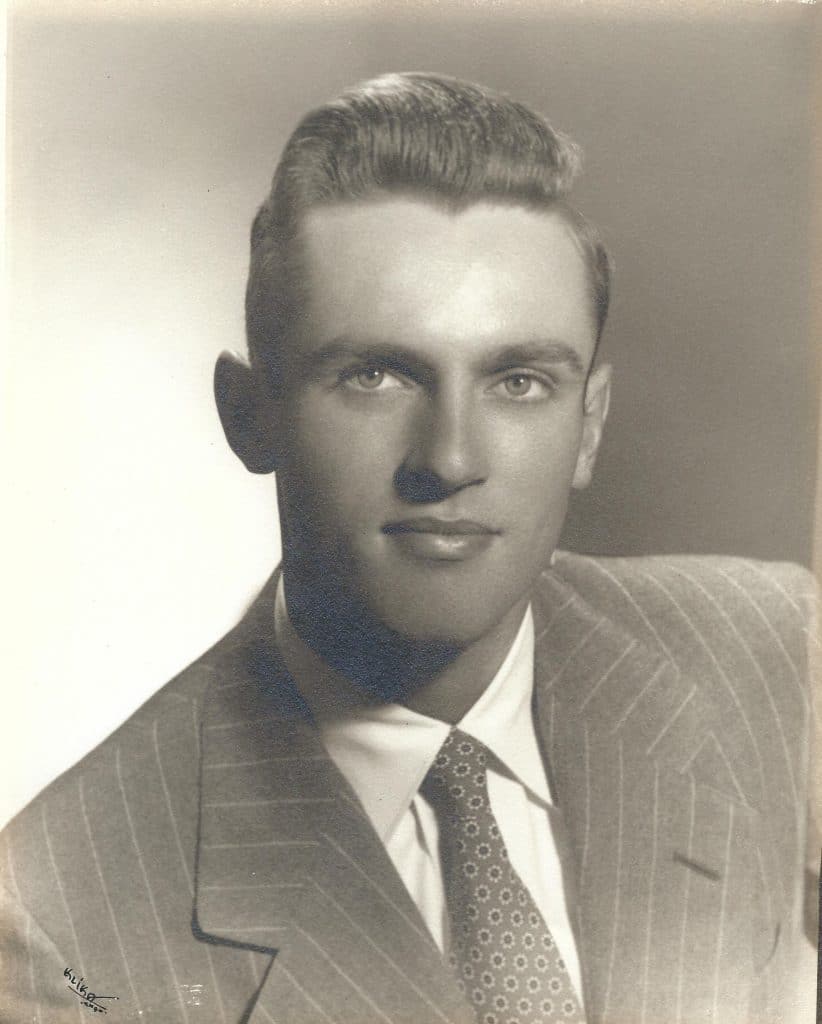 Doug was born on September 23, 1926 in Sioux City, Iowa, to the late Lowell and Bertha Traver. Joining the Merchant Marine during WWII, he served aboard the Army Hospital Ship, USAHS Louis A Milne, transporting wounded servicemen home from the European Theater. His last crossing arrived in Brooklyn, NY on August 14, 1945, V-J day, and he was present for the victory celebration in Times Square.

Following the war Doug served a brief stint in the Army before attending Iowa State University on the GI Bill. After receiving his degree in Animal Husbandry he began a lifelong career in the cattle business.  Starting out as a cattle buyer in Sioux City, IA for Armour & Co, he then moved to Los Angeles and onto Chicago where he worked for the Chicago Stockyards. While attending church, he met his future wife, Rosemary Allen, of Decatur, IL. They were married in November, 1956 and moved to Sioux City where he became a cattle buyer for Sioux City Dressed Beef. Their three children, Lori, Ted, and Holly, were born during their five years in Sioux City. They then moved to Coalinga, California, where Doug became manager of the Coalinga Feed Lot. His work also took him to Paso Robles and Turlock, CA. The family spent a very interesting year living in Tehran, Iran in 1973-74, where a cattle feed lot was being built.

After retiring, Doug and Rosemary moved to Peachtree City, GA. They also enjoyed spending their summers at their condo in Reno, NV. He enjoyed watching the sun rise over the mountains with his American flag waving in the background.

Doug loved to travel and he and his wife visited Europe, Asia, South America, along with the Middle East and Russia. They enjoyed hosting foreign exchange students over the years from Sweden, Spain, France and Brazil. Doug was an avid reader, woodworker, played bridge and was going to the gym until his 89th birthday.

The Traver family is being assisted by Georgia Cremation, 1086 Highway 54 West, Fayetteville.