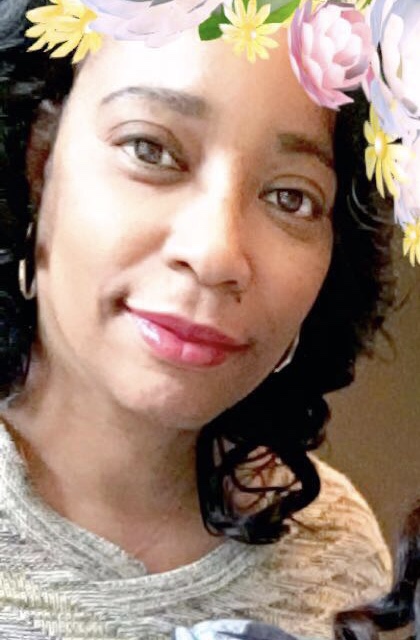 Dr. Theodesia Johnson was born on May 17, 1966 in Kenitra, Morocco to the late Richmond and Martha Johnson. In the 1970’s, Richmond, Martha, Theodesia and her 2 sisters and 3 brothers would reside in Barnesville, Georgia. Theodesia would then graduate from Lamar County Comprehensive High School in the class of 1984.

Theodesia Johnson earned her undergraduate degrees in Business Administration and English from Savannah State University. She then attended Central Michigan University where she gained a Master’s Degree in Instruction and Curriculum. Finally, Dr. Johnson went on to graduate from Capella University, earning her PhD in Educational Leadership and Administration.

Dr. Johnson used her extensive education to shape young minds in Clarke, Lamar, Greene, Richmond, and Dekalb Counties. She would conclude her 29th year as an educator at Chapel Hill Middle School. She taught math to elementary age students and most recently, Georgia Studies to eighth graders. Dr. Johnson was awarded Teacher of the Year for the 2014 – 2015 school year at Chapel Hill Middle School. She was a Teacher Support Specialist, Team Leader, and a member of the National Educators Association. She was passionate about education, her students, and her family.

Dr. Johnson enjoyed reading, particularly scripture books, devotionals, and her Bible. She was a faithful follower of Christ. She grew up in East Mt. Sinai Baptist Church in Barnesville, Georgia where she ushered for several years. She attended Saint Philip Benizi Catholic Church in Jonesboro, GA for the last 17 years. Dr. Johnson enjoyed traveling and had a special place in her heart for Savannah, GA. She visited the city and its nearby beaches at every opportunity.

Dr. Johnson was truly an angel on Earth. She was a loving, giving and an altruistic woman. She made her family proud with her many accomplishments and loving, playful nature.

A memorial service will be held in Dr. Johnson’s honor on Saturday, March 24, 2018 at 11 AM. The Johnson family is being assisted by Georgia Cremation, 1086 Highway 54 West, Fayetteville.