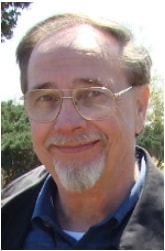 Edward Albert Thorwegen passed away peacefully with his loving wife and son by his side in Sharpsburg, Georgia.  Ed was born in St. Louis, Missouri on November 17th, 1948.  He married Maria Nikola Creel on March 11th, 1982.  Together they raised 4 beautiful children.

Ed lived a life carved out by the principles and values that defined him as the man, husband and father that he was. Ed was a generous, kind and modest man who gave to those in need and left a lasting impression on everyone that was fortunate enough to cross his path.  Ed was a devoted husband, father, grandfather and great grandfather who was full of love and life. Ed loved to spend his free time where he was happiest, with his family. Whether it was grilling on the back deck waiting for an Atlanta Braves or Florida State Seminoles game or spending time with the family pets (usually a German Shepherd), Ed was happiest around those that meant the most to him.

Just as he was at home, Ed was a devoted employee and a great asset to Eckerd Drugs and Family Dollar for 34 years.  After a decade working for Eckerd’s in Florida, a promotion sent Ed and his family to Georgia, where they would reside permanently.

Ed is survived by his loving wife of 36 years, Maria Nikola (affectionately known as Niki).

Ed is also survived by his 4 children and their families:

Ed is also survived by his brother Jack Thorwegen and sisters Charyle Langelle, Suzie Thorwegen Moore and Dana Spry along with many nieces and nephews.

Ed was proceeded in death by his daughter Angela, his brother Charlie McGrail, his parents Edward and Roda McGrail and his wife’s parents, James and Marian Creel who all loved him very much.

Ed’s remains will be laid to rest at a small family gathering at the Oak Hill Cemetery in Lake Placid, Florida on November 10th, 2018 (time TBD).  Although Ed has left us in this world, he will always be with us in our hearts and in our souls.  We all look forward to being reunited with him in the future.