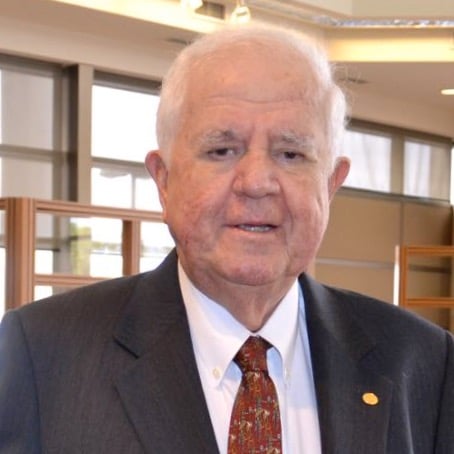 A native of Atlanta, Bill was born in 1933 at Georgia Baptist Hospital. He is preceded in death by his father, Boyd Florence, his mother, Amanda Eunice, and his sister Sara Florence.

Bill attended Brown High School where he dated and fell in love with his chemistry partner and future wife, Barbara Ann Bolen. In 1951, he enrolled in Georgia Tech, but left in November 1953, to voluntarily enlist in the U.S. Army during the Korean War. He rose to the rank of sergeant before being honorably discharged in 1955. He kept the same rank while continuing to serve in the U.S. Army Reserve until 1961.

On May 15, 1955, Bill and Barbara were married at Calvary Methodist Church. Bill began working as a boat salesman at Pyron and Garrow before his lifelong love of automobiles led him to begin an automotive sales career at Ritz Oldsmobile in East Point. From Ritz he moved to Mitchell Motors Oldsmobile/Rolls-Royce, where he worked 34 years, quickly rising from a salesperson to sales manager and general manager.

In 1989, Bill joined the Hennessy family automotive organization. He began working at Hennessy Cadillac and then accepted a management opportunity to open Hennessy Lexus, Atlanta’s first Lexus dealership. As new car sales manager and then general sales manager, Bill spent 21 years working for the Hennessy family. “Honest” was a word used by customers in describing what they liked best about Bill — a quality he demonstrated daily and instilled in the men and women who worked with him.

On Nov. 8, 2005, after a period of health issues, Bill received a kidney transplant at Emory University Hospital, a generous gift of love from Martina Lyons. Bill and his family were so thankful to Martina that they celebrated her donation by hosting an annual kidney party in her honor. Bill also greatly appreciated the medical expertise, professionalism, and friendship of Dr. Sudha Tata, along with the nurses and entire staff of the Emory kidney transplant unit.

Bill became a lifelong fan of The University of Georgia football and men’s basketball programs during the 1970s; from 1975 to 1995, he attended 212 consecutive football games.

From 1969 until 2006, Bill, Barbara, and their four boys lived on Lake Spivey in Jonesboro. The Florence home was the setting of fish-fries, water-skiing afternoons, and cookouts. It also was the home where Bill and his beloved Labrador retriever, Georgia, spent endless hours together.

A private family service will be held at Westview Cemetery. Bill’s life will be celebrated at a ceremony for family, friends, and work colleagues on Nov. 13, at 2p.m., at Hennessy Lexus at 5955 Peachtree Industrial Blvd. in Atlanta. In lieu of flowers, the family has requested donations may be made in Bill’s memory to the Emory Transplant Center c/o Chris DiMotta, 1365 Clifton Road NE, Building B, Suite 1600, Atlanta, GA 30322.