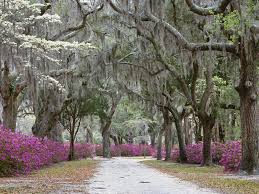 Dolores Theresa Marian Hartka Eiford Glass of Decatur, GA passed away at her residence on October 9, 2014.

Dolores was born in the Canton neighborhood of Baltimore, Maryland in June 1925 to parents Adam and Bertha Hartka who predeceased her.  She is also predeceased by her husbands, James H. Eiford and Harley Glass; brothers Frank, Theodore (Frances), Joseph and Leonard Hartka; and sisters Frances (Andrew) Zebrowski, Alvina (Frank) Malinowski and Leona Schmaus.

She is survived by her son, J. Ward (Debra) Eiford of Huntsville, AL; daughters, Betsy (David) Lee of Townsend, TN and Darlene Eiford (Richard Burhenn) of Lilburn, GA; two grandchildren, William Burhenn and Leslie Burhenn both of Atlanta, GA.  She is also survived by brother, William (Regina) Hartka; brother-in-law, Henry Schmaus; sisters-in-law, Mie, Jean and Anna Hartka; and many, many nieces and nephews.

Dolores attended St. Casimir Catholic School and was in the first graduating class of The Catholic High School of Baltimore.  She married James Eiford in Baltimore in 1949.  She attended and graduated from Maryland Institute, studying dress design.  The family moved to Scottsboro, Alabama in 1967.  After her first husband’s death in 1994, she married Harley G. Glass in 2004.  She was an accomplished seamstress, needle pointer and quilt maker.  As a veteran bridge player, she was a proud member of the Wednesday Wizards in Scottsboro.  She was the first employee of Goosepond Industrial Credit Union from which she retired.  She taught Sunday school for over 50 years, first at St. Paul’s Methodist Church in Baltimore and later at the First United Methodist Church in Scottsboro.

The family would like to gratefully acknowledge and thank the staff of Sunrise Senior Living in Decatur, GA for their devoted care and kindness.

A memorial service will be held at the First United Methodist Church of Scottsboro, AL on Saturday, October 25 at 11:00 A.M.  The family will host a reception following the service and all are invited to attend.  Arrangements by Georgia Cremation 3116 U.S. Highway 23, Duluth, GA 30096 678-584-0914.  Condolences may be made or viewed at www.GeorgiaCremation.com .