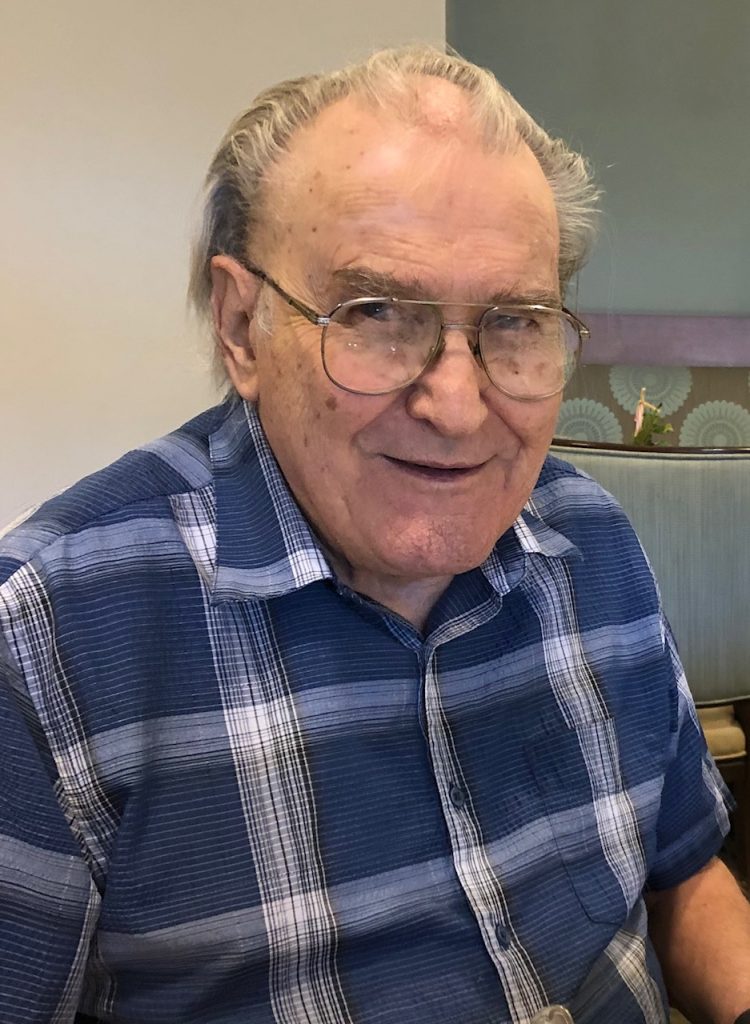 Herbert (Herb) Buss was born on March 22, 1932 in Belmont, WI, to the late Alvin and Mary Buss. He grew up on a farm near Belmont WI alongside two older brothers and three younger sisters. Herb graduated from Belmont High School and soon after enlisted in the United States Army. He served during the Korean Conflict. Upon completion of his military service, he enrolled in college with the GI Bill, where he met his future bride, Eileen Chapman. The couple wed in 1955. Their family grew with the addition of their son, Mark in 1956. Herb earned his undergraduate degree at Platteville, Wisconsin Institute of Technology, and went on to study Agriculture Economics at North Dakota State, in Fargo, ND earning his Master’s Degree. The Buss family relocated to Lincoln, NE, where Herb worked in the Agricultural Department of the University of Nebraska for several years. Herb then went to work as a Real Estate Appraiser for the State of Nebraska and the City of Lincoln, which he did for many years until his eventual retirement. In 2017, Herb suffered the loss of his beloved wife, Eileen. He then moved to Georgia to be closer to his son. Herb spent the remainder of his life at Somerby, Senior Living in Peachtree City, GA.

Herb was a dedicated husband and father. He spent many years caring for his wife while she struggled with health issues. In his younger years, Herb enjoyed taking long walks. He had an interest in gardening and enjoyed making beer and wine. Herb was a longtime fan of the University of Nebraska Cornhuskers and Green Bay Packers football teams.

Along with his parents, Herb was preceded in death by his beloved wife, Eileen Chapman Buss, and brothers, Joseph Buss and Walter Buss. He is survived by his son and daughter-in-law: Mark. D Buss and Yvonne Carington-Buss of Fayetteville; grandchildren: Anthony Buss and Ryan (Meghan) Buss, all of Des Moines, IA; great-grandchildren: Isabelle, Connor and Zoey; sisters: Janet Doherty, Barb Kretsinger both of Machesney Park, IL and Judy Layng, of Rockford, IL.

A memorial service will be held in Hanover, IL at a later date. The Buss family is being assisted by Georgia Cremation, 1086 Hwy 54 West, Fayetteville, GA. Messages of condolence may be left at www.GeorgiaCremation.com.