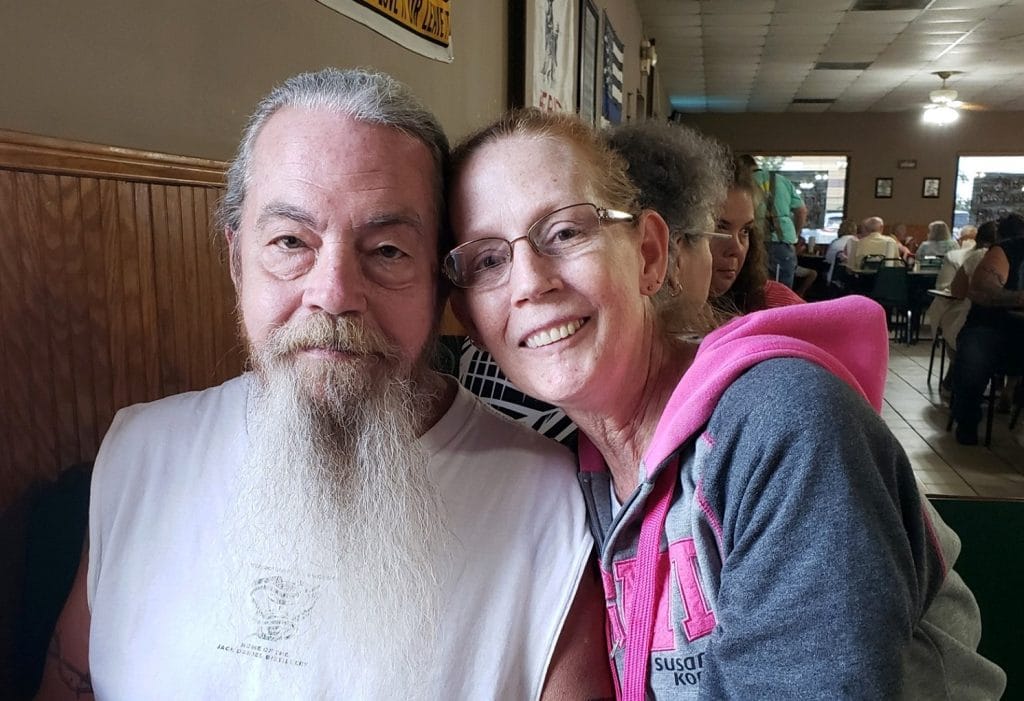 Johanna was the second child born to John and Virginia Hanner of Jonesboro, Georgia on July 9, 1962. Her older brother, John, was born 3 years prior.

John Hanner, Sr. was a day laborer for a plumber at the time of Johanna’s birth. In time, he began to work for J.M.Tull metals and retired from that company as a foreman.

Johanna was always petite, especially as a child. When she started school, her parents were asked to consider holding her back due to her size, though she was very sharp witted. Johanna told stories about having to literally climb into her chair at school much like someone climbs into the bed of a large truck.

She was quiet, smart and loved music as a child. Most of all, she loved helping her daddy tend to their garden and animals. Anywhere her father went, Johanna could be found within grabbing distance of his shirt tails. Those two were always inseparable. Her father often told a story of her trying to use the hoe in their garden like their daddy but hitting him with it by mistake. Their relationship was close and very loving to her dying day.

The Hanner family was never wealthy but very generous in spirit. They fostered dozens of children over the course of Johanna’s life. Despite Johanna’s introverted nature she played a central role in helping raise those children while still being a child herself. We have no doubt that her strong mothering spirit developed early on.

Johanna was a quiet student, never the center of attention, and extremely special to the rare friends she had. This continued through her scholastic career. She was an inspiring athlete in the sport of cross country running and was the best during her tenure at high school. She often had foot races with her husband and then later her sons. And though they were in their teens and she in her late 40’s, she was more than a match for them.

At the age of 16 Johanna attended a party thrown by her parents where she met her future husband and the love of her life, Martin Gruber III, who was 23 at the time. Martin was the upstairs neighbor of Johanna’s aunt, Phyllis. Phyllis had invited Martin to the party with the intent of introducing him to a different young lady as a blind date. Martin walked downstairs to survey the party and noticed Johanna immediately from across the room. He cut through the crowd quickly and walked right past his blind date with hardly a hello. He explained at the time he was determined to speak with Johanna before anyone else could. 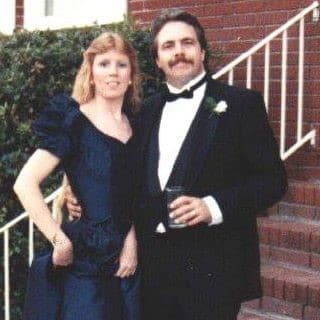 Marty introduced himself and before the evening was up he knew Johanna loved him right away. Johanna herself always said that it was love at first sight. Martin has said he loved her from the time of their first kiss. That evening was a life changing experience for them both. Martin and Johanna were together for 42 years and enjoyed 38 inspiring years of marriage.

Johanna gave birth to two sons, Blaze (b. 1993) and John (b. 1990). She carried them both with grace and raised them in a house filled with love. Both of her sons are honored to have had her in their lives. It is the opinion of many that there was no better mother in the world.

Johanna was an amazing mix of sweetness and toughness. Everyone who knows Johanna easily remembers her as the toughest woman they had ever met in their life, but also one of the kindest. Among the motorcycle community she was well respected by her sisters, well admired by her brothers, and loved by all.  Johanna was a passionate wife, loving daughter, caring sister, hard as nails biker, and the greatest mother that has ever lived.

She was a dedicated employee to the Kroger corporation and acted as a manager for many years. Her dedication and ethics impressed her superiors and earned the respect of her employees. Her work was well known and lauded by senior management statewide.

Johanna was diagnosed with stage 4 breast cancer 6 years prior to her death. She lived far longer than any doctor gave her and more fully than those doctors had ever seen. Through the entire experience she remained strong, graceful, and loving to everyone.  May God grace anyone who reads this and remembers her story. You have just received a great example on how to live a full life.

Johanna is survived by her husband Martin; two sons, Blaze and John; her brother, John; and her parents, John and Virginia Hanner.

In lieu of flowers or contributions, please donate to Crossroads Hospice and Palliative Care, 1957 Lakeside Pkwy, Suite 500, Tucker, GA 30084. Their nursing staff was paramount to giving mom the care she deserved.

Memorial services will be held at noon in the large round pavilion at the American Legion Park on Lake Lanier, 2343 Riverside Dr, Gainesville, GA 30501