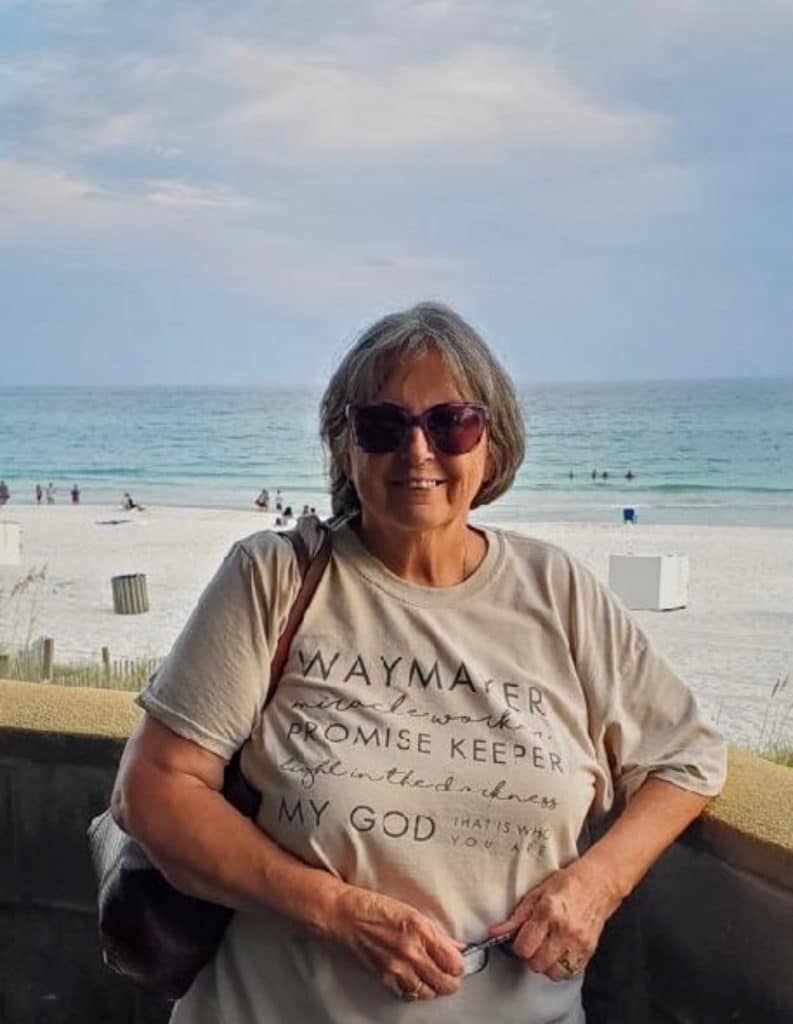 In the early morning hours of Thursday, June 23, 2022, after a short battle with cancer, Judy Reese passed away at the too young age of 68. She left this life quietly in the night at home with her husband by her side.

Judy was born in Columbus, Georgia to Delmas and Virginia (Shelly) Caldwell on August 28, 1953. She graduated from Jordan High School in 1971. Judy met her future husband Dennis, in 1977 while out for the evening with friends. Even in the dim light, Dennis and Judy realized they were made for one another. They married February 10, 1978.

Judy worked for many years in area medical offices serving various positions. She changed her occupation later in life and went into manufacturing at the new NCR facility in Columbus, GA. Judy and Dennis were proud of her move and the way she embraced new challenges. She enjoyed the work and made many new friends.

Judy had an extremely pleasant personality, and her laughter was always infectious. She loved to go to the local bookstores to sit and read. Also, exploring the area’s craft stores and browsing home decorations for the change of seasons and holidays were some of her other pastimes that she enjoyed. Just talking on the phone with family and friends enlightened her mood and brought out the fun and witty personality we all loved. Miss you Judy.

Dennis and Judy had previously chosen cremation for final arrangements. They also agreed that the first to pass would remain at home until the other can reunite with them at passing. At that time, Dennis and Judy will be buried at their final resting place at Park Hill Cemetery in Columbus, Georgia…together.