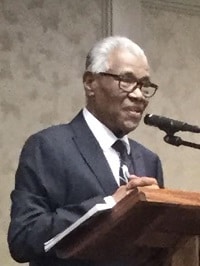 Miguel A. Ferrer was born February 12, 1942 in Puerto Rico to the late Felicita Santiago Tarrat and Miguel Angel Ferrer. Mr. Ferrer was a loving husband and hard working father of three who moved from Puerto Rico to Georgia. He became an ordained minister November 13, 1999. He loyally and lovingly supported his wife and congregation in the Columbus area for the Spanish speaking community. Miguel was also a supporter of Disaster Relief efforts and other Kingdom Hall build in Georgia, Alabama, and other states. His favorite scripture was Proverbs 3:5-6 and he endeavored to apply this in all his life including his marriage, of which he and his wife celebrated forty-nine beautiful years. Miguel held on to the wonderful hope of seeing his family again in the future when this Earth is a beautiful paradise once more.

Miguel A. Ferrer, 76, of Columbus, Georgia passed away on Wednesday, July 4, 2018 at Columbus Hospice. Mr. Ferrer is preceded in death by his parents and sisters.

The family will hold a private celebration of life service at a later date.

The Ferrer Family is being assisted by Georgia Cremation, 7500 Veterans Parkway, Suite A, Columbus, Georgia 31909, 706-577-0055, www.georgiacremation.com. The Family invites you to leave a condolence or share a fond memory below.