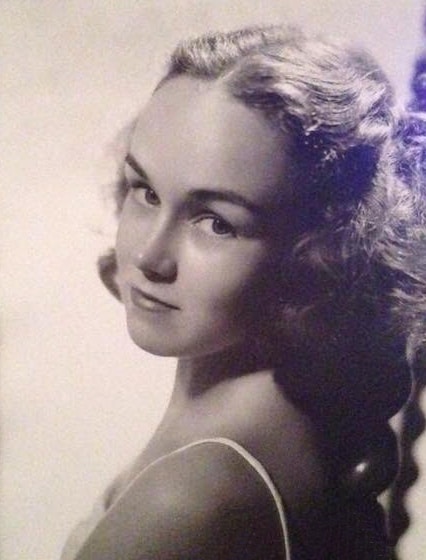 Nancy Jane Cowan (Ashworth), 97, passed away peacefully on October 24, 2018 at Peregrine Senior Living, Norcross, GA. She was born in Chicago on November 2, 1920 to John and Anna (Connolly) Ashworth. Pneumonia took her father before she was 3 months old and she was raised by her mother with help from many loving aunts and uncles on the West Side.

Nancy graduated from Austin High School in 1938 and attended DePaul University. She became the lead singer for the Will Back Orchestra, a band that performed at many school dances around the city including St. Sabina, St. Rita and Morton Junior College in 1941 and 1942. She also was a stewardess for American Airlines for three years prior to her marriage.

Nancy married her beloved husband, Robert Henry Cowan, on January 19, 1947. She knew “Bob” from high school but they never dated until after WWII. (He was a B-17 pilot in the Army Air Corps.) Together, they raised 7 children and lived in LaGrange for 35 years. An avid reader and book lover, she worked in the book section of Marshall Fields, Oak Brook, for nearly 20 years. After retirement in 1986, they moved to Johns Creek, GA.