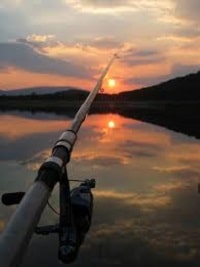 Robert Frank Ballard, 64, of Columbus, died Tuesday, November 7, 2017 at his home. A private family service will be held at a later date and his ashes scattered in the Gulf of Mexico as he requested.

Mr. Ballard was born November 10, 1952 at Ft. Benning, the son of Lawrence Almos Ballard and Margaret Moore Ballard. He graduated from Hardaway High School and attended Columbus College. Most of his working life was spent with Bush Sign Company and later in construction. Mr. Ballard loved the outdoors. He loved camping, fishing and nature in general. He also loved to travel as long as his health would allow. Mr. Ballard was preceded in death by his parents and a brother, Lawrence A. Ballard, Jr.

Survivors include his aunts, Mary Cunard of Lithonia, Lucile Lambert of Columbus, several cousins and numerous friends including Mike and Bernise McClung, Jacob and Paul McClung, Peggy Sue Green, and Mike Green and his daughter Lorelei all of Columbus.

The family would like to thank the caregivers at Columbus Hospice for their care and compassion. Contributions in memory of Mr. Ballard may be made to Columbus Hospice, 7020 Moon Road, Columbus, GA 31909 or online at www.columbushospice.com/donate.

The Family is being assisted by Georgia Cremation, 7500 Veterans Parkway, Suite A, Columbus, Georgia 31909, 706-577-0055. Online condolences may be offered at GeorgiaCremation.com.