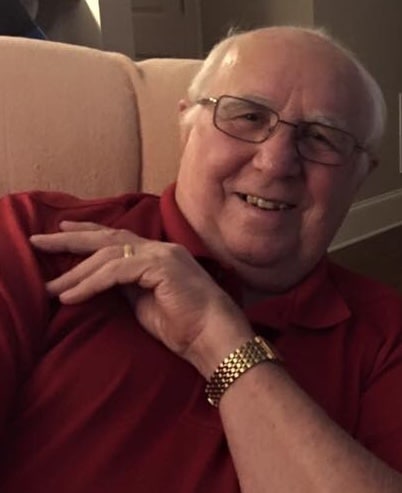 Samuel was born on October 2, 1937 in Northampton, PA., to the late Lloyd and Stella (Borger) Lerch.

Samuel was a devoted husband and loving father and grandfather. He worked as a Heavy Equipment Operator for Bean, Inc. Contractors. In his earlier years, Samuel spent much of his free time with his wife Lillian. When they weren’t out dancing or attending church picnics, they spent their time at the softball field where Sam enjoyed playing mens fastpitch softball. After the birth of their daughter Martina, this became a family occurrence when he taught her how to pitch. He later went on to assist in coaching her teams through HighSchool. After the birth of his grandchildren, Samuel enjoyed watching his granddaughter Lauren perform at gymnastics meets and his grandson Ryan play baseball. When he could, he also enjoyed fishing and playing golf with his son in law Dennis. Known by many as “Poppy”, Samuel was a loving Husband, Father and Grandfather and he will be missed dearly.

Sam was preceded in death by his parents, his sister: Stella Minnich; and his brother: Sherwood Lerch. He is survived by his wife: Lillian (Stofflet); his daughter: Martina (Dennis) Heffelfinger; grandchildren: Ryan & Lauren; brother: Allen (Dawn) Lerch; and sisters: Ruth Fenstermaker, Mary Jane Eckhart, Sara Cole and many nieces and nephews.

The Lerch family is being assisted by Georgia Cremation, 1086 Hwy. 54 West, Fayetteville, Ga., www.georgiacremation.com.  The family invites you to leave condolences or to share fond memories below.