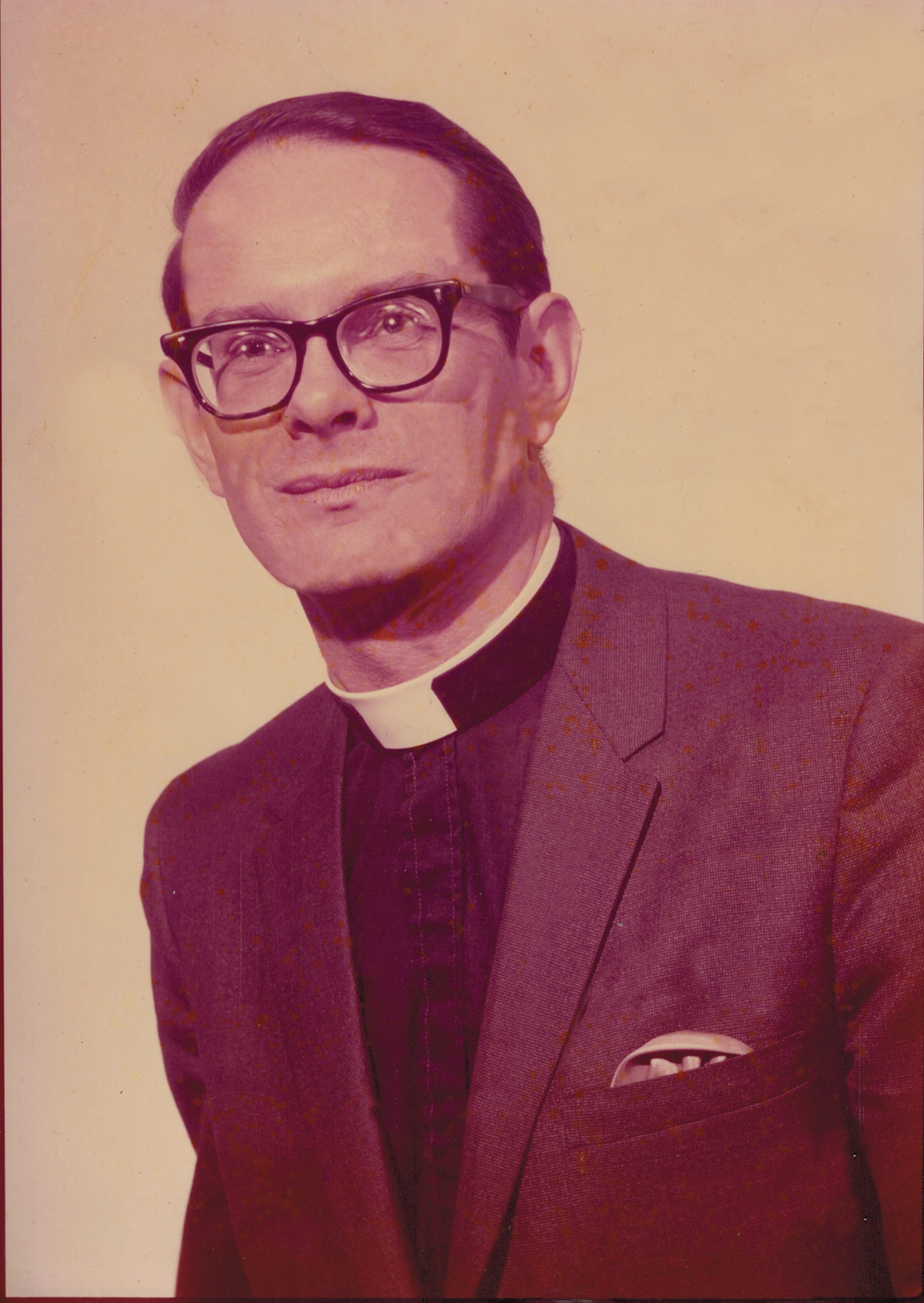 Dwight Eugene Wenger, age 81, of Conyers, Georgia passed away Monday, October 12, 2015.  He was born October 28, 1933 in Shenandoah, Iowa.  He is the son of Wiley D. Wenger, Sr., who worked as an engineer for RCA and GE, and Lillian Martha Lossner Wenger.  The family moved many times during Dwight’s childhood, to Holland, Michigan, New Jersey, and Danville, Illinois.  He served in the U.S. Navy from 1951 – 1954 as a flight trainer.  Dwight married Rosalie Mae Finet in 1952.  They had six children, Kimberly Hernandez, Melanie Josesson, Tracie Gunson, Timothy Wenger, Laurie Lieblich and Renee Miller, 27 grandchildren, 18 great-grandchildren and 2 great-great-grandchildren.

Dwight studied forestry at Oregon State University for a time before entering the Concordia Lutheran Seminary in Springfield to become a minister.  He supported his family during seminary studies by selling Bibles, shoes and Fuller brushes.  He served his one-year vicarage in Apple Valley, California.

After his ordination in 1961, he and his family were sent as missionaries to the highlands of Papua, New Guinea where he served until 1966.  He baptized many hundreds of people in the Raiakama area.  He contributed to the translation of the Bible to the Enga language.  He also worked in the Kopiago area, where no missionary had previously worked.

Dwight served as a minister at Faith Lutheran Church, in the Watts area in Los Angeles, California, circuit councilor and as a police chaplain for the 77th precinct for many years.  He also worked as a mediator in the community.  In 1971, Dwight married Alice Faye Mason Wright.  Alice’s son and Dwight’s stepson, Will Wright has 3 children, one deceased and 8 grandchildren.  Dwight was also a salesman first for Amway and then preneed insurance for 30 years.  He served as interim pastor at Redeemer Lutheran Church in Southgate for a time.  He was also a prayer councilor at Crenshaw Christian Center in Los Angeles for 30 years.  Dwight and Alice moved to Henderson, Texas in 2088 where he was an associate pastor at Living the Word Ministry.  Dwight and Alice moved to Atlanta, Georgia in 2011 where Dwight became a prayer councilor at World Changers Church Norcross.  Dwight and Alice were married for 44 years.

Memorial services will be held Friday, October 16, 2015 at 12 Noon at World Changers Church Norcross, 6920 Jimmy Carter Boulevard, Norcross, GA 30071 (770)263-7566 www.worldchangers.org.  Minister Michael Jones will officiate the service.    Please visit www.GeorgiaCremation.com for messages of condolence.  The family is being assisted by Georgia Cremation 3116 U.S. Highway 23, Duluth, GA 30096 (678)584-0914.  The family invites you to share their memories of Dwight Eugene Wenger by visiting and viewing the memorial tribute at https://youtu.be/WDH5cKKAzWc.