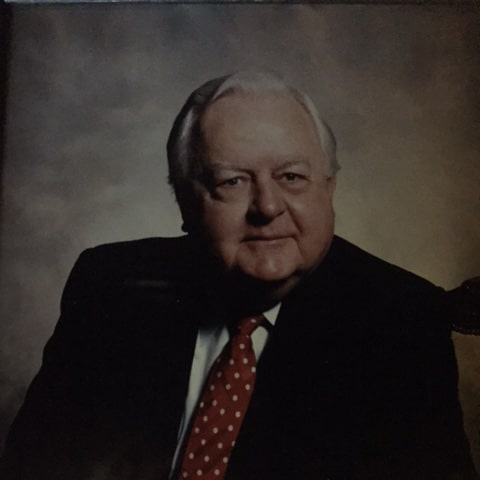 Bill Gray cherished his time in the Navy during WWII and spoke fondly of it in his final days. He was assigned to the Bainbridge Training Center and served on the USS Wilkes Barre. Bill managed nursing homes in middle Georgia and then was self-employed primarily in the construction and grading industry. During his lifetime, he spent 40 years lobbying at the Georgia State Capital and was instrumental with the campaigns of Jimmy Carter, Culver Kidd, Sam Nunn, Zell Miller, along with many others. Bill moved to Roswell, GA in the late 70’s and began devoting his time to the city of Roswell which he loved and became involved in local politics and the historic preservation of the city. His passion led to him serving as Chairman of the Roswell Historic Preservation Commission.  During his retirement, he spent most of his time devoted to his family and friends and at Bulloch Hall, the home to Former President Theodore Roosevelt’s mother, Mittie T. Bulloch.  Bill formed Friends of Bulloch, Inc. in 1993 and served as President and Chairman of the Board of Friends of Bulloch until he was recently named Chairman Emeritus at the annual fundraising event, The Magnolia Ball.  One of the highlights of his philanthropic service was raising over $1.5 million for the preservation of Bulloch Hall.