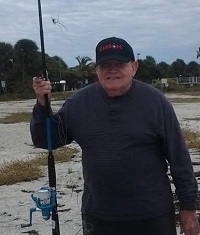 Alfred Leon Adams, known as “Al” to many, was born July 31, 1931 in Ada, Oklahoma to the late Minnie Graham Adams and Elmer Adams. In his younger days, Mr. Adams went to work in the farming industry picking crops or helping anyway he could. He and his family moved frequently as they had to go where the work was. He was always an avid outdoorsman whether he was pitching a tent on the river bank or trying to catch a slew of catfish or trout. At one point, Mr. Adams owned and operated his own restaurant called “Al’s Grinders.” For much of his working career, he worked in the tool and dye industry as a machinist. Mr. Adams had a love for animals and at one point he raised a variety of animals including cats, dogs, rabbits, chickens, geese, turkey, and ducks to name a few. He loved his family and enjoyed the times and memories shared together.

In lieu of flowers, memorial contributions may be made to Columbus Hospice by clicking here.

The Adams family would like to thank the staff of Columbus Hospice for the compassionate care and support shown to Mr. Adams and his loved one’s through this difficult time.

The Adams family is being assisted by Georgia Cremation, 7500 Veterans Parkway, Suite A, Columbus, Georgia 31909, 706-577-0055. The family invites you to leave a condolence or share a memory below.