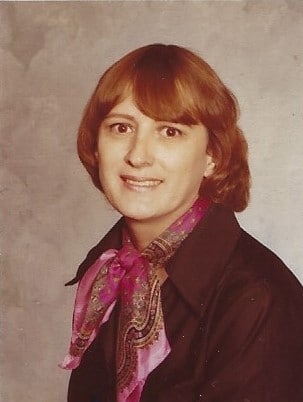 Annette was born in Chicago, IL on September 28, 1938 to the late Leo Zyskowski and Edith Chavez.  Annette spent her early childhood in Chicago until she moved to Portage, IN with her sister, grandparents and extended family members. Annette graduated from Portage High School in 1957.

Annette was married twice.  During her first marriage she lived briefly in Virginia prior to returning to Portage.  Her second marriage found her relocating to Detroit, MI where she lived for over 30 years. Annette also lived in Phoenix, AZ with her terminal residence in Sharpsburg, GA.  Despite her moves, Annette always considered Portage her true home.

Annette was a dutiful wife and assisted in the seafood restaurant businesses established by her then husband in Detroit.  Each restaurant was successful until extenuating circumstances caused them to close; freeway expansion with the first and rise of the fast food industry with the latter. Annette retired after 25 years of employment as a bookkeeper having worked in several industries including a small factory, automotive glass, and a meat packing company.

Annette grew up in a Christian home and embraced the Lutheran Church upon relocating to Detroit.  Annette was known for hosting parties, teaching others how to swim, her German Chocolate Cake and potato
salad.  She was very social and loved Friday night Texas Hold ‘Em game night with family and friends.

She was the best “Granny” and particularly close to her grandson, Cyrus, whom she helped raise. She was endlessly supportive of her daughter and was always there when family needed her. Annette will be remembered for the love and wisdom she shared throughout her life.

Along with her parents, Annette was preceded in death by her son, Cyrus Walker, III. She is survived by her son: Mark Gutierrez of Portage, IN; her daughter: Sandra Walker-Kelly of Sharpsburg, GA; her grandsons KC Gutierrez and Cyrus Kelly; her sister, five brothers and their families: Barbara Mills, Mel Chavez, TJ Chavez, Guy Chavez, Gary “Cochise” Chavez and Ronnie Chavez and a host of nieces, nephews, cousins and friends.