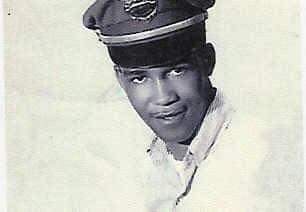 Archie James Fletcher (an amazing husband, father, son, brother, friend, hero, lay minister to his family and awesome Man of God), affectionately known as “Brother,” was born the eldest son and second born to the Late Sevelt Fletcher and his wife the Late Youckles McGlockton-Fletcher on May 13,1934, in Rock Bluff, Florida.  Dad was a quiet, innovative, and wise child. He was a lover and writer of poetry and a musician that loved to play his guitar and drums. He was also a creative artist with a forte and mastery of the gray pencil and shadowing. While in school, he was a track star and played baseketball. He was a true lover and caretaker of animals and actually owned a pet duck as a child. He loved to cook too. Dad also loved gardening and watching things grow (he and his wife Pateria had a garden in their back yard at one time in Miami that was referred to as “The Garden of Eden”). He was an avid lover of jazz, blues, and country music and he possessed an amazing collection of music.  He married his Soulmate the beautiful, elegant, and classy beloved Pateria Hoffman-Fletcher, his high school sweetheart. Dad often played his favorite song by Nat King Cole…When I Fall In Love It Will Be Forever, for her and thier 5 children: the late and eldest Angelean C. Fletcher, Lynette P. Fletcher-Harris, Stephanie A. Fletcher-Brumfield, Archie A. Fletcher (his wife Gena Fletcher) and Dexter E. Fletcher (his wife Reneé Fletcher).  Dad trained us all in The Word of God and Faith and was a vivid storyteller, instilling in us the love of books, science, history/black history, politics, current affairs, researching and exploring not only what is around us but the heavens and star gazing.  He also instilled in us whatever you believe in, strongly stand behind it, no matter what.

During dad’s exciting successful careers, he served in the Army as a Medic (4 years overseas in several European Countries) and Chattahoochee State Hospital as a Certified Nursing Assistant.  He was a Certified Mechanic and a Construction Worker who was nicknamed “Peewee” (and that was lovingly engraved on his construction helmet).  He was a certified 18 wheeler driver for FEC Train Lines.  During his employment with FEC Train Lines. He was also known as a hero.  In the early 60’s he witnessed a terrible car wreck and utilized his medic skills to assist those that were injured. He was also employed by the United States Postal Service as a federal interstate 18 wheeler driver.  One day during a quick run to a convenience store to pick up milk, there was an armed robbery and dad laid over a little boy to protect him while being held at gun point.  In 1976 during his normal routes, he robbed at gun point and then tied up and placed in the back of his mail truck, while the robbery was taking place.  His dependability, commitment, and loyalty is what alerted his supervisor that something was strange when dad didn’t check into his next drop off on time.  It was later learned that it was an organized inside job.  Dad was well known for his timeliness and was awarded for never missing a day of work.  He worked with the USPS until his full retirement.

The other loved parents of the grandchildren: Pamela Fletcher, Michelle Fletcher, Tyrone Brumfield, Ray Harris, the late Alfred Rolle and Matthew Washington. As well as, an entire host of nieces, nephews, cousins, and friends.

3 Praised be the God and Father of our Lord Jesus Christ, the Father of tender mercies and the God of all comfort, 4  who comforts us in all our trials so that we may be able to comfort others in any sort of trial with the comfort that we receive from God.

The Fletcher family is being assisted by Georgia Cremation, 7500 Veterans Parkway, Suite A, Columbus, Georgia 31909, 706-577-0055. The family invites you to leave a condolence or share a fond memory of Mr. Archie below.