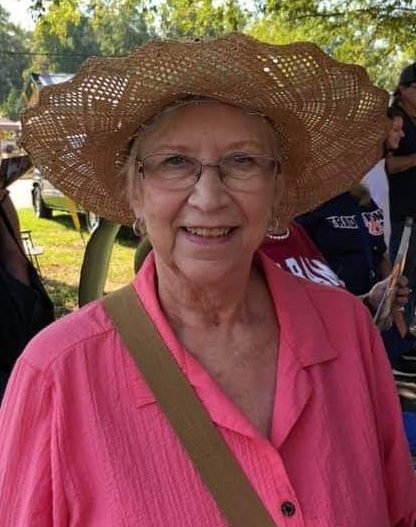 Barb was born in Sikeston Missouri to James and Myrtle Brown.  The family moved to Rock Island, Illinois shortly after her birth.  She had two siblings that died as infants and two older brothers.  Her brother Franklin Brown was a Marine and was killed on November 15, 1955 during a training exercise.  Her oldest brother, Jake Brown Served in World War II and passed away in 2006.  Her parents are both deceased.

She graduated from Rock Island high School and married Larry Killian (deceased). They had one child, Kristin Louise Killian.  She is survived by her current husband, Henry Byron Hylton, Kristin Louise Holcombe and her husband Carl  Holcombe Jr,   their two children Carl Holcombe the third, his wife Amanda, and Kayla Bartholf and her husband Patrick.  She also is survived by five, soon to be six great grandchildren.

She worked different jobs, to include a line worker in an International Harvester Factory. She moved to North Carolina, Virginia and finally to Alabama to be near family.

The family will host a celebration of life at their residence on Saturday, July 10th from 1:00-4:00.

In lieu of any flowers, donations could be made in her name to the Columbus Hospice 7020 Moon Road, Columbus, GA  31909 or East Alabama Humane Society, 712  13th street 36867.  The humane society was a favorite charity and she enjoyed purchasing dog food or money when she was able to.

Columbus Hospice was a great comfort to her and her family during her final days.