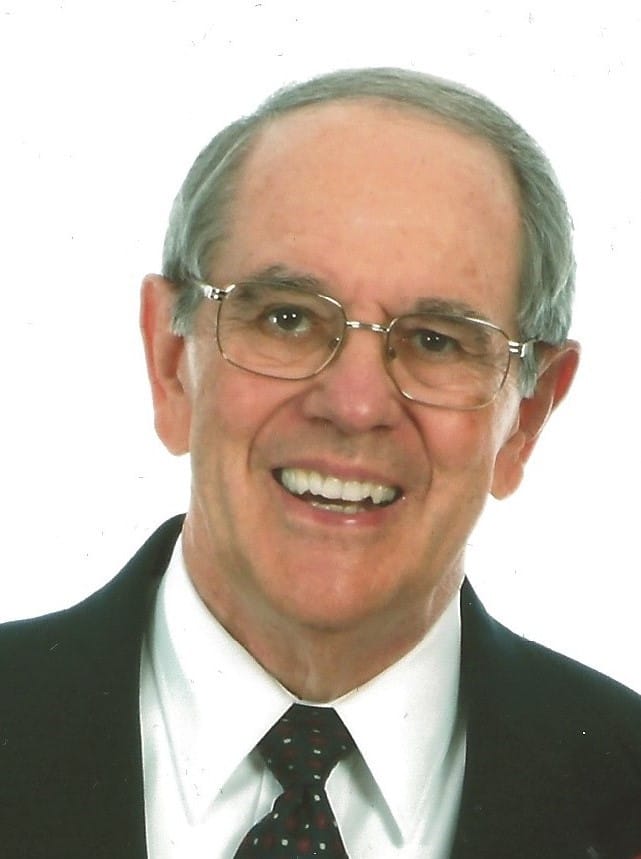 Paul Warren Beers, 84, of Lawrenceville, Georgia passed away on February 22, 2016 in gentle peacefulness surrounded by his family at MeSun Hospice.

Paul was born October 8, 1931 in Madison, Wisconsin. He graduated from Madison West High School in 1949. During his years at West, Paul, who was noted in his senior yearbook as The Beer that made West famous, played baseball and basketball, and participated in Student Senate, Student Forum, Student Social Committee, Hi-Y, 4F Club, Stage Crew, and the High-Times newspaper. He attended the University of Wisconsin-Madison, where he was a member of Theta Delta Chi Fraternity and served on the Interfraternity Council. He received a Bachelor of Science, Geography in 1954 and a Master of Science, Regional Planning in 1959. Although life’s journey led him and his family away from Wisconsin, he continued to faithfully follow his Wisconsin Badgers and the Green Bay Packers, albeit with greater enthusiasm during the more stellar seasons.

In 1954 Paul married his sweetheart, Joyce Ann Clark. They took their love on the road, ultimately living in six states, before settling in Georgia in 1985.

Paul served in the United States Army as a commander of an Ordnance Training Company at Aberdeen Proving Ground, Maryland.  Following active duty, he served several years in the Army Reserve completing his service as a Captain.  Paul’s civilian career began with the Waukesha County Parks and Planning Commission in 1961. He continued in the planning field for 35 years, involved in projects in over 30 states and several foreign countries. His devotion to the field was rewarded with the presidency and other posts of various professional planning organizations. After retiring at age 65, he enjoyed 10 years with the Federal Emergency Management Agency (FEMA) doing disaster aid and relief, and historic preservation.

Throughout life, Paul maintained a keen interest in current events, history, geography, and sports – especially football and baseball. He loved Madison, his hometown, and had fond memories of his campus paper route and making mischief with childhood pals on Conklin Court, meeting to “play army” and bottle cap baseball.  Other favorite reminiscences include meeting his future bride, Joyce, at The Loft in 1953 (“I chose well.”); celebrating V-J Day 1945 in downtown Madison; being a member of West High School’s first baseball team; sneaking a beer at the Arboretum as a teen; biking to Tower Hill State Park with buddies; rowing a boat out to Picnic Point; making lasting friendships and participating in various high jinks during his fraternity years; volunteering at the 1996 Olympics in Atlanta; and traveling to faraway places, particularly England, Hawaii, Germany, and Nigeria.

Paul was fortunate to experience many warm, enduring friendships spanning from childhood to well into his golden years. It was important to him to keep in touch with high school and college buddies, and military couples he and Joyce met at Aberdeen Proving Grounds during the early years of their marriage. Waukesha, Wisconsin and Elmhurst, Illinois neighbors, whose friendships were made from the late fifties through the late sixties, remained on Paul and Joyce’s Christmas card list for decades. Columbia, South Carolina was home throughout the seventies and holds a special place in the hearts of the entire Beers family. Many happy memories were made playing tennis, bowling, traveling, and socializing with beloved Rockbridge Club friends.

In the eighties, Paul and Joyce returned to Wisconsin. Shoveling snow was not missed during the years away from the Midwest, but the opportunity to be closer to Beers and Clark loved ones was a happy trade-off. Upon returning south in the mid-eighties, Paul and Joyce settled into a townhome near downtown Atlanta. In 2004 they moved to Lawrenceville, Georgia to be closer to children and grandchildren.

Fun and funny, Paul loved a good pun or corny joke. He would regularly embarrass his kids by singing made-up songs in a goofy voice, giving them ridiculous nicknames, and doing exaggerated rock & roll dances. He could handily lock a small human in a tight scissor hold, but more frequently allowed himself to be pinned down and tickle-tortured by his offspring. He loved to grab a beer after work, take Sunday drives, catch a baseball game, maintain a perfect lawn, sing patriotic songs, take long walks, go for an ice cream cone, build Dagwood sandwiches, and make the best homemade chocolate sauce in the world.

Paul was universally liked by all who had the good fortune to know him.  Naturally outgoing and genial, well-mannered and courteous, compassionate and loyal, he was a wonderful example of how to live the Golden Rule. He had a beautiful smile and enjoyed conversation with friends and casual acquaintances alike.  He took a genuine interest in others, and was always eager to lend a hand. He made a consistent effort to call, write, and visit family and friends.  For many years his kids were under the impression he was famous, because during any given outing he’d inevitably run into someone he knew. Even during family trips far from home, it was common for him to bump into an old friend or co-worker, someone from another time and place.

Paul was a handsome and devoted husband, a sentimental and affectionate father, and delightfully proud grandpa. He was loved and cherished profoundly by his family. We are honored and privileged to have shared this life with you, Dad, thank you for loving us.

Paul is preceded in death by his parents, Shelby and Faie (Hamm) Beers, and sister Lenore Beers Neckar. In addition to his dear wife of 61 years, Joyce, he will be deeply missed by children Lisa Cung (Neal), Randy (Susan) and Dina Goode (Joseph); grandchildren Nathan Cung and Emily Beers; sister Rosalie Milner; sisters and brothers-in-law Jim and Nancy Henning, and Dan and Carol Henning; faithful best friend Glenn Woodard (Renae); and many other loving relatives, life-long friends, and colleagues. The family sends heartfelt gratitude to Paul’s caregivers at Sunrise Senior Living at Webb Gin, for the compassionate love and attention they have provided over the past three years.

A burial service will take place at the Georgia National Cemetery at a later date. Memorial contributions may be given to The Michael J. Fox Foundation for Parkinson’s Research.

Condolences may be made and memories shared at www.georgiacremation.com .  The family invites you to share the memories of Paul Warren Beers by visiting the Georgia Cremation YouTube Channel at https://youtu.be/GZmlsPu5lYE  .