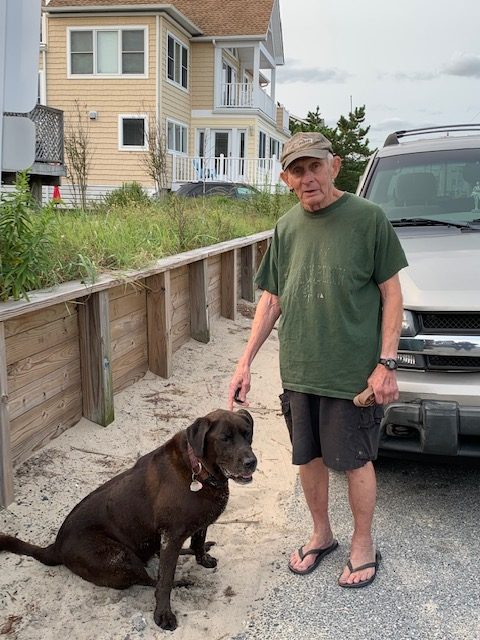 Mr. Kimmell was born Christmas Day 1938 in Van Meter, PA the son of Benjamin James Kimmell, Sr. and Lydia Szerencses Kimmell. He was a graduate of Jewett (OH) High School. Following high school, he joined the Air Force and served two enlistments. Mr. Kimmell then married his wife, June, as he began his original career with the federal government working for the State Department, first in Geneva, Switzerland and eventually for the Defense Intelligence Agency in Virginia. Including his military service, Mr. Kimmell spent 18 years in service to the federal government. After he finished his time with the Air Force, He lived a few years during this time in Colorado where he earned his Bachelor’s Degree from Colorado State University, Greeley, Colorado. While there, he found his love for snow skiing.  When his time working for the government ended, Mr. Kimmell opened several Antique Shops (Reflections Antiques) across the country including shops in Old Town Alexandria, Virginia; Chicago, Illinois and at his favorite beach area in Ocean View, DE.  He enjoyed 40 years in the antique business, up until his health forced him to retire. He spent his summers at this beach and the majority of his winters in (Breckenridge) Colorado as a ski instructor. He taught ski school well into his late 70’s, at which time he retired at the beach antique shop in Delaware. Other than his passions for the beach and snow skiing, his other loves in life included his faithful dog, Maya, all animals especially dogs, libraries, reading and socializing with all people. Mr. Kimmell was preceded in death by his parents and a sister, Cherry Elaine Richardson.

Survivors include his children, Kristina Kimmell Casto (Mark) of Columbus, GA, Joseph James Kimmell (Kaela and her daughter Kinslee) of Portland, OR; two granddaughters, Kimmell Grace Casto and Kathryn May Casto and his former wife and friend, June Kimmell Herron of Columbus.

The family is grateful for the care provided by his caregivers at Legacy Reserve Old Town and Columbus Hospice.

Contributions in memory of Ben Kimmell may be made to Columbus (Georgia) Hospice, Paws Humane Society of Columbus, Georgia, a local library or any Humane Society or Animal Rescue Non Profit Agency.

Georgia Cremation – Columbus is assisting the family with arrangements.