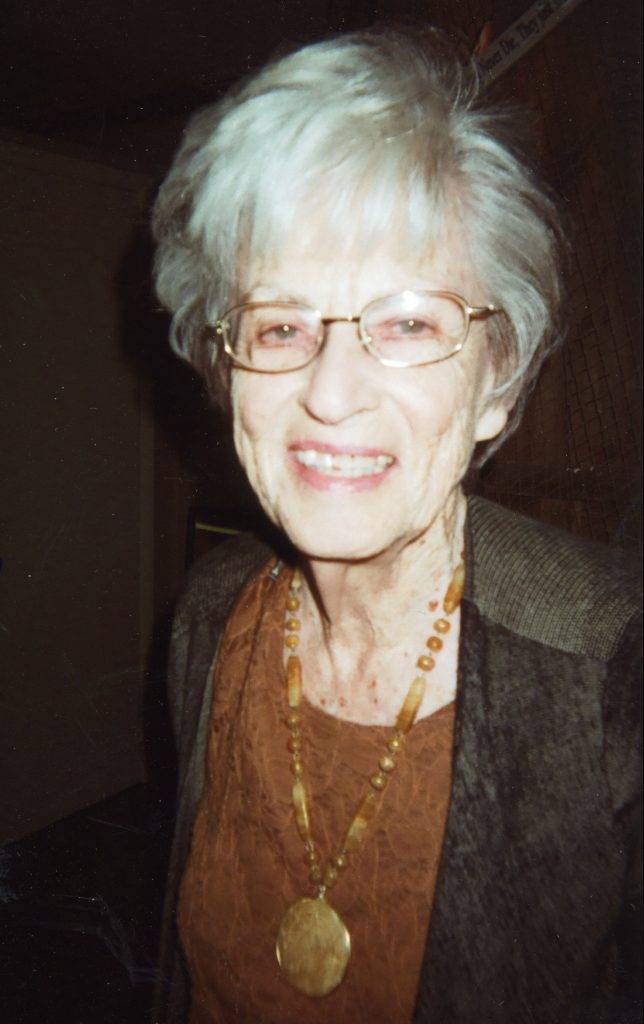 Bettysue Nall, 89, a longtime resident of Cullman, AL passed away on Friday, October 25, 2019 after a 2-year battle with cancer. Bett had been living at Morningside Assisted Living in Alpharetta, GA since April 2019 with family close by.

An open-invitation celebration of life will be held at 3:00 PM on Saturday, December 7, 2019 at the Abbey Byre Event Space of St. Bernard Abbey, 1600 St. Bernard Drive SE, Cullman, AL .

Bettysue was born on February 11, 1930 in Leasburg, MO to William Edwin Davidson and Willie Ann McCombs. Bett was the youngest of three children – sister Marianne was 8 years older and brother Edwin (Buddy) was 6 years older. Bett often recalled a joyful childhood growing up on the family farm climbing trees, wading in creeks, following her brother Buddy around and generally being a “tomboy”. Her chores included feeding chickens and “candling” eggs. Bett loved school and ALWAYS loved to read. She developed a lifelong love of St. Louis Cardinals baseball sitting on the floor listening to Cardinals games on the radio with her big brother Buddy.

Bettysue attended Florida State University in 1947 and studied Spanish on scholarship. Upon graduation she began teaching high school Spanish in Tallahassee. In August 1955 she met her husband Ken and they were married in December of that year.

Bettysue and Ken raised three boys as the family moved around Florida then to Alexandria, VA to Denver, CO to Concord, CA before moving to Cullman in 1972. In 1978 Bettysue returned to teaching Spanish full-time at Cullman High School, finally retiring in 1995. In retirement Bett enjoyed reading, music, travel, planning dinner parties…and laughing with family and friends.

Bettysue is survived by her sons Kurt (Rene) of Cocoa, FL, Carey of Leadville, CO and Clint (Leigh Ann) of Alpharetta, GA; grandchildren, Gavin and Hazel Nall of Eagle, CO. She was preceded in death by her husband, Ken Nall; sister, Marianne Reddick; and brother, Edwin (Buddy) Davidson.

Messages of condolence may be left at https://georgiacremation.com/obituary/

In remembrance of Bett’s favorite baseball player and to assist underprivileged children in Puerto Rico, the family requests that any memorial contributions be made to Yadier Molina Fundacion4 at https://www.yadiermolina4.com/ .