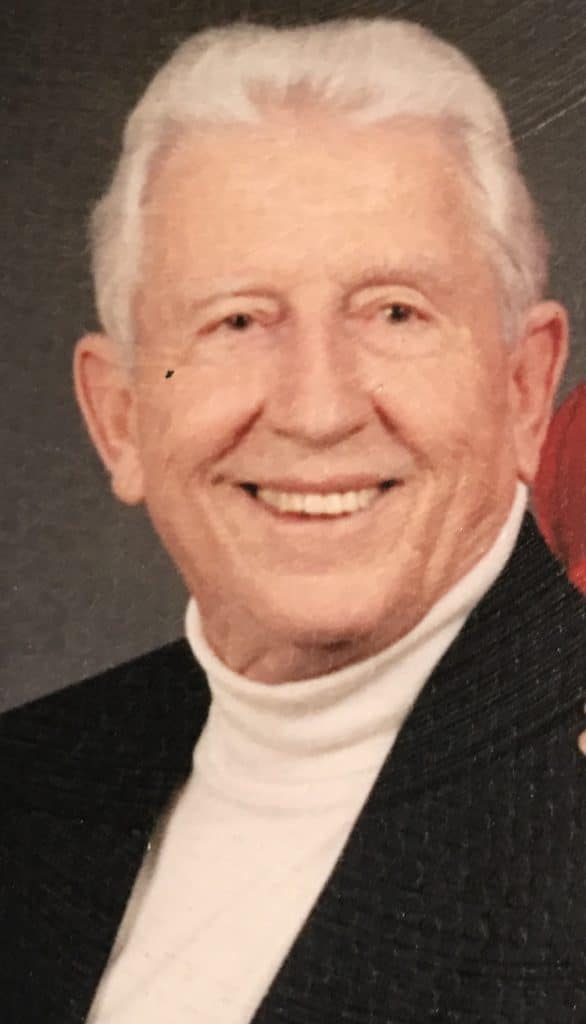 Mr. Arnold was born on June 5, 1927, son of the late Arthur and Jesse Arnold. He was a Veteran of the United States Navy, serving in World War II. Before residing in Fayetteville, he  was a long-time resident of Smyrna. He worked throughout his life in the auto parts industry and was the former owner of Southern Auto Parts in Atlanta. He had a heart for community and church service. He was instrumental in establishing several churches, including Legacy Christian Church, where he was a long-time member. Mr. Arnold never met a stranger and was known for his quick wit and sense of humor. His life’s philosophy was, “I can’t change the world, but I can change your day”. He was huge sports fan, especially his beloved Atlanta Braves.

Mr. Arnold was an exceptionally talented artist, having painted many portraits and Landscapes over the years. A true delight for Mr. Arnold was eating at the Varsity in Atlanta. Mr. Arnold spent most of his life with his devoted wife, Ann.

A memorial service will be held at Legacy Christian Church, 1150 Rockaway Road, Senoia, Georgia at 3:00 PM on Sunday, March 19, 2017.  In lieu of flowers, the family requests that donations be made to Southwest Christian Hospice, 7225 Lester Road, Union City, GA, 30291.

Messages of condolence may be shared by visiting www.GeorgiaCremation.com. The family is being assisted by Georgia Cremation, 1086 Highway 54 West, Fayetteville.