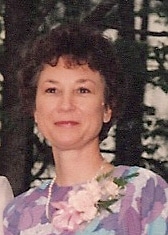 Louise Bonacchi formerly of Ft. Lauderdale, Florida, passed away on Tuesday, September 16, 2014.  Born in Brooklyn, New York, Louise was the fourth child and first girl born into a large and loving German family.  Both of Louise’s parents worked outside of the home, so Louise spent much of her youth helping to raise her siblings.  One summer day, Louise chased her younger brother down the street after the ice cream cart.  Once she caught up with her wayward brother, the ice cream man offered her a free Popsicle, but spunky Louise turned him down, calling him a nickel nose!  Little did she know that she’d later marry that ice cream man, Ralph Bonacchi! Louise and Ralph Bonacchi wed in April 1956 in Brooklyn, New York.  After spending over a decade in New York starting a family, Louise and Ralph headed south to Ft. Lauderdale, Florida with their two young boys, Ralphy and Billy.  The warmer climate was better for Louise’s health, and it was here that the family would continue to thrive in sunny Florida.  The boys played together, made friends, and attended high school while Louise and Ralph both worked for various companies outside of the home before retiring from American Express.  Ralphy loved birds, turtles, and movies and Billy became interested in computers and moved to Georgia where he married and began a family.  Once they retired, Louise and Ralph spent their summers with their three grandkids at the community pool, visiting family, and taking trips to many cities.  Their twilight years were spent with close friends, dining at Cheddar’s and watching movies together.  Louise practiced water aerobics while Ralph kept the house clean and continued to cook for the family.

In lieu of flowers, the family asks that you provide donations to the Diabetes Research and Wellness Foundation www.diabeteswellness.net/ .  Georgia Cremation Duluth, GA is assisting with local arrangements 678-584-0914 www.GeorgiaCremation.com .

The family invites you to view their memorial tribute by visiting the Georgia Cremation YouTube Channel at  http://youtu.be/B_W82XTzP9E .