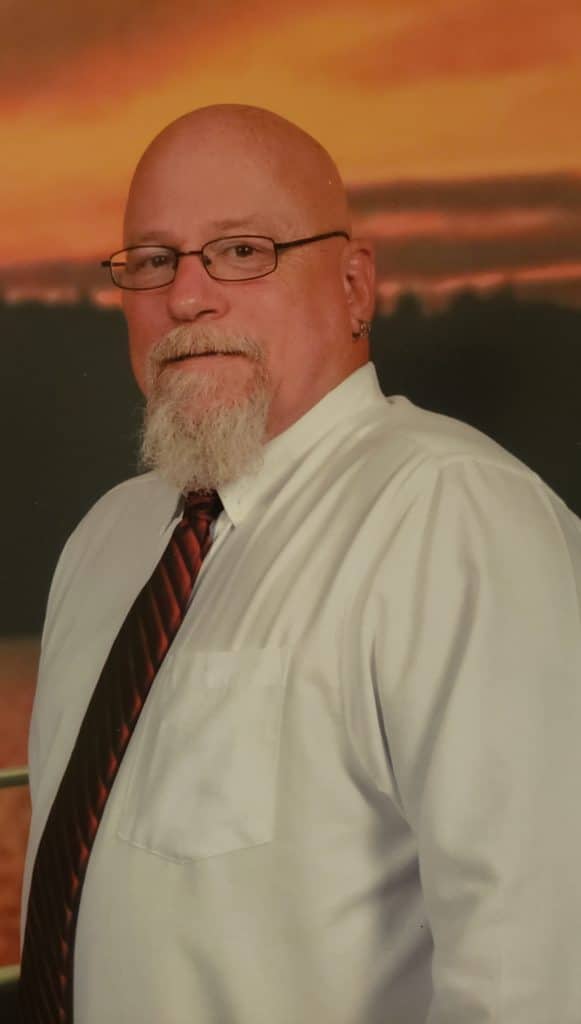 Bruce was born on September 30, 1966 to the late William and Mabel Watson. He grew up in Macon where he graduated from Southwest High School in 1984. Bruce spent many years working as a door installer at Overhead Doors. He then decided to change his career path and enrolled in Southern Crescent Technical College. He earned his CDL license and drove grapple trucks for Casey Tree Service for many years. In 2013, Bruce was introduced to his future bride, Dee. The couple wed on September 7, 2013. Bruce was a longtime resident of Griffin.

Bruce was bubbly and fun. He was a real jokester who was known to cut up. There was a real joy about him that could make people smile. He enjoyed playing golf and riding his Harley with his wife. Bruce was a fan of UGA football. He loved watching the Dawgs between the hedges. He also loved NASCAR. He especially liked attending football games and races with his wife and kids. Bruce was a born-again Christian and longtime member of Watermark Church. He was active in the church’s small groups as well as a door greeter. He was a loving husband, wonderful father and amazing Papa to his grandchildren. He loved his family fiercely and was protective of them all. Memories of Bruce’s bright and fun-living spirit will forever be cherished by his family and friends.

Along with his parents, Bruce was preceded in death by his sister: Deborah Dickson. He is survived by his beloved wife: Dorothy “Dee” Watson of Griffin; children: Lance Watson of Macon, Amanda (Tim) Farley of Griffin, Alexis (Michelle) Grantling of Griffin, and Anthony (Tonya) Whisnant of Newnan; grandchildren: Kinsley, Knox and Kathryn Farley; sisters: Sue (Bill) Hampton of Morgantown, KY and Angel Johnson of Griffin; brothers-in-laws: Terry (Tonya) Woody of McDonough and Joe (Lisa) Gresham of Jackson; nieces and nephews: Bridgett, Dot, Dwayne and Corey, along with several other nieces and nephews.

A memorial service will be held in Bruce’s honor at 2:00 PM on Monday, March 9, 2020 at Watermark Church, 1440 Brookwood Avenue, Jackson, GA 30233. The service will be officiated by Pastor Jack Pickel. A Visitation will be held on Sunday, March 8, 2020 from 6:00 PM until 8:00 PM at the church. The Watson family is being assisted by Georgia Cremation, 1086 Hwy 54 W, Fayetteville. Messages of condolence may be left at www.GeorgiaCremation.com.