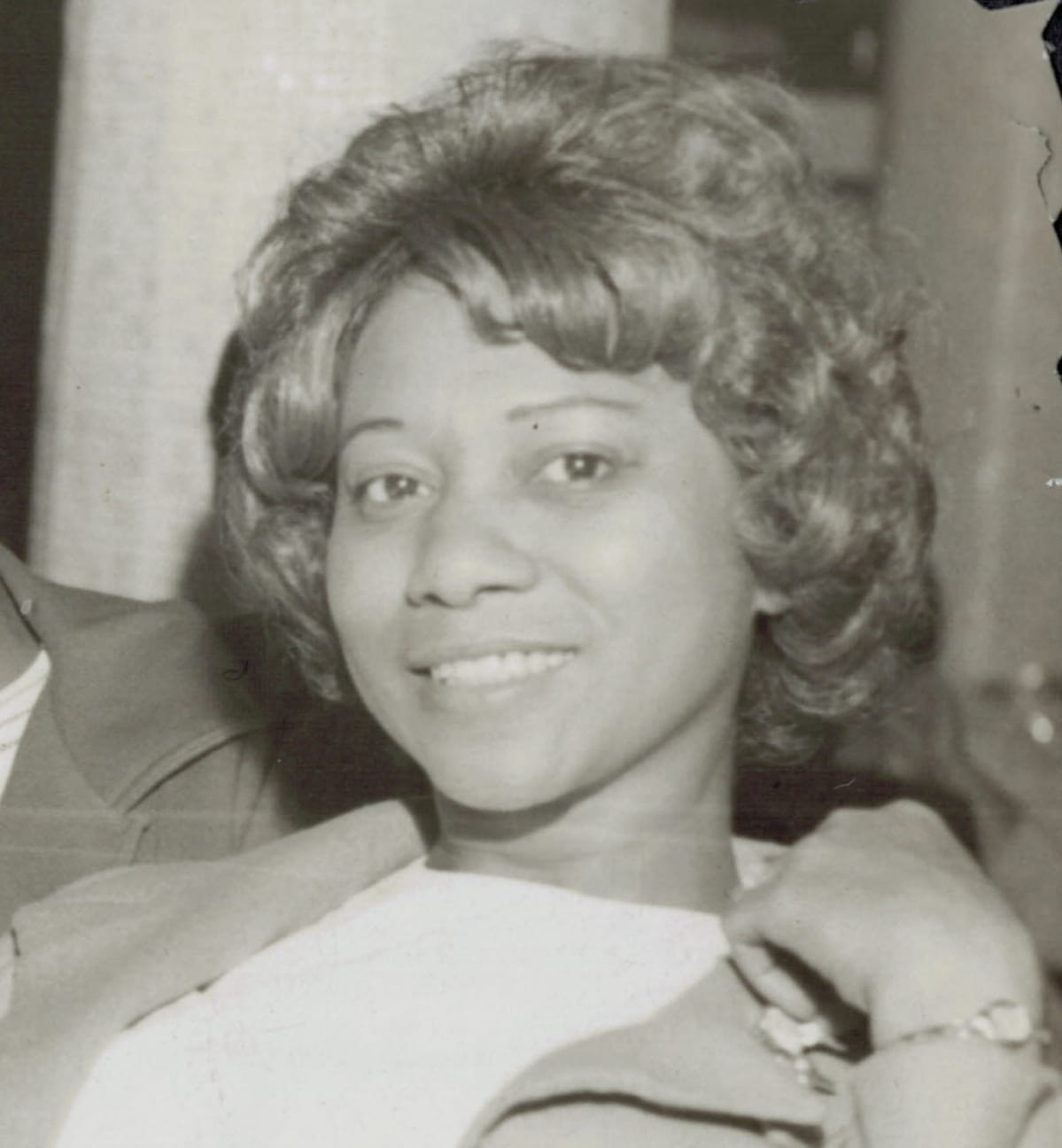 She was born in Macon, GA on March 25, 1923, the oldest daughter of Gilbert and Annie Lou Fambles.  She lost her mother at age eleven, resulting in her becoming a surrogate mom to her five siblings.  Her father insisted that catholicism play a major role in their lives.  Being catholic was a never ending source of pride for Harriet.  SHe attended St. Peter Claver School and Hudson High School in Macon, GA.  Harriet later moved to New York City where she met and married a Virginia gentleman, Linwood Burke and spent most of her adult life there.  Her passion was cooking and she thoroughly enjoyed preparing meals of love for her family and friends.  Her specialties were sweet potato pies, collards an her famous home made dressing.  She was a strong, determined woman who always placed her family first.

Mrs. Burks is survived by sisters, Frances and Elizabeth; brother, Ralph; son, Linwood, Jr.; and daughter, Jean.  She is also survived by her nieces/daughters, Dale and Linda; son-in-law, Bill; grandchildren, Lance, Regina and Jahada; nephews, Frankie, Craig, James, Teddy and Drake; niece, Angela; numerous grands; and one great great grand.  She made our lives richer and our waistlines fuller.  To say, “She will be missed”, is an understatement.

A funeral mass to celebrate the life of Harriet Katherine (Fambles) Burke will be held  3:00 P.M. on Thursday, August 20, 2015 at Corpus Christi Catholic Church – Stone Mountain, GA www.corpuschristicc.org.  The family will receive friends from 2:30 P.M. until time of service at the church on Thursday.  Interment will follow at Kennedy Memorial Gardens – Ellenwood, GA www.dignitymemorial.com/kennedy-memorial-gardens, on Friday.  The family is being assisted by Georgia Cremation 3116 U.S. Highway 23, Duluth, GA 30096 (678)584-0914.  Messages of condolence may be made or viewed at www.GeorgiaCremation.com

Eternal rest grant to her, O Lord and let your perpetual light shine upon her…….May her soul, and all the souls of the faithfully departed, rest in peace.  AMEN.