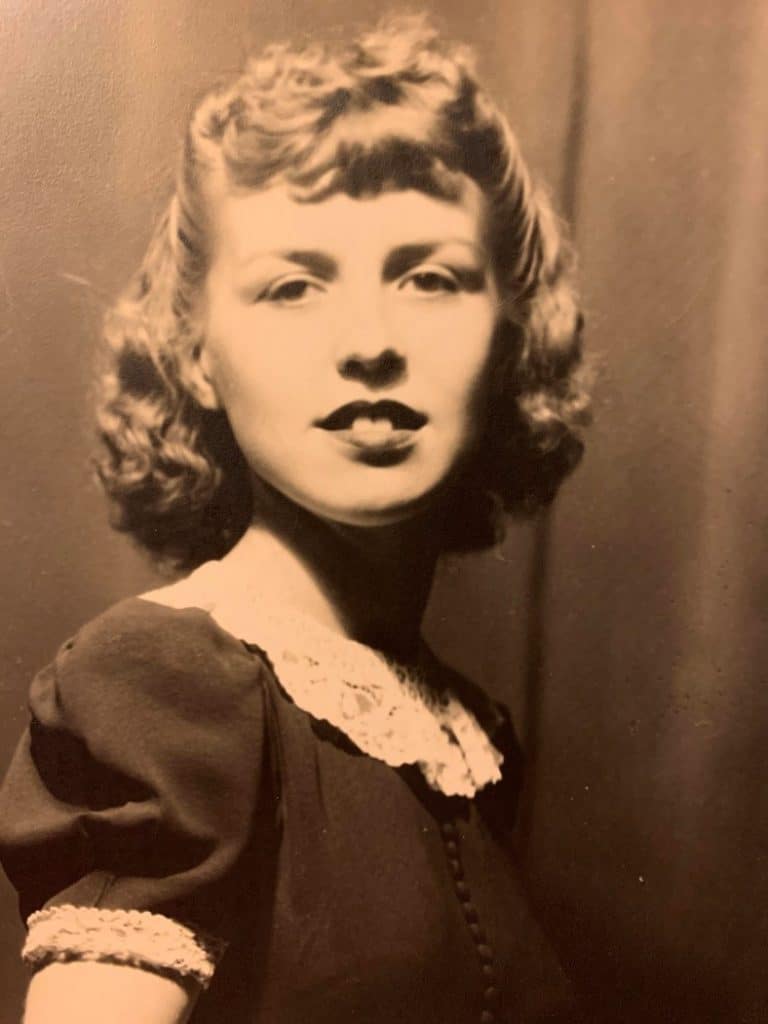 Cecelia was born on August 23, 1924 to the late Alfred and Hazel Boudreau. She was the couple’s fourth of seven children. In Cecelia’s early years she was primarily a homemaker and mother to her four sons. She also spent several years working as a nurse in California.

Cecelia was fashionable and known to “dress to the nines”. She was artistic and loved wearing jewelry. Cecelia enjoyed sewing and was excellent seamstress.

Cecelia was friendly and social. She was a natural caregiver. She was especially attentive to any friends sick or in need. She was an excellent cook and often baked pies and candies as gifts for her friends. In her spare time, Cecelia loved to read.

Cecelia was a strong-willed lady. Despite her advanced age, she never lost her independence. She was even out on the town and driving the day before her passing.

In her younger years, Cecelia loved traveling and often took her camper on trips. Her favorite destination was Maine where she had deep family roots.

Cecelia spent the last 30 years of her life at Christian City in Union City where she had many dear friends. She was an Episcopalian but enjoyed attending services at Christian City on Sundays with her sister, Peggy and friend, Doris.

Along with her parents, Cecelia was preceded in death by her sons: Ted, Bruce, Brian and Lance Haskell; sisters: Yvonne McCoy and Jackie Boudreau; brothers: Leon Cookson and Jerrold Cookson. She is survived by her grandchildren: Sean Nestor Haskell of Washington, Christopher Haskell of Alabama, Paul and Joe Haskell, both of Norcross; sister: Muriel “Peggy” Beal of Fayetteville; brother: Robert “Bob” Boudreau of Baton Rouge, LA; and a host of nieces and nephews.

A memorial service will be held in Cecelia’s honor at Episcopal Church of the Nativity, 130 Antioch Road, Fayetteville, GA at a date to be determined. The Haskell family is being assisted by Georgia Cremation, 1086 Hwy 54 West, Fayetteville. Messages of condolence may be left at www.GeorgiaCremation.com.