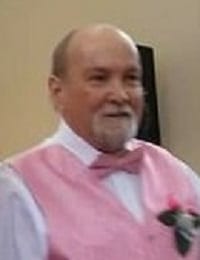 Cesar Augusto Chavez Fonseca was born July 7, 1948 in Managua, Nicaragua to late Guillermo Segundo Chavez and Leonor Fonseca-Chavez. Mr. Chavez is best described as a servant to others. Throughout his life, Mr. Chavez always put others before himself and he adored being able to help others in anyway he could. Mr. Chavez would cook for those in need, take friends and family to doctor appointments, volunteer his time to help with Church activities or the community he lived in.

Mr. Chavez had a special place in his heart for all children and was often referred to as the “Old Man” or “Grandpa” to the kids of his community. Mr. Chavez was a caretaker by nature and even up to his final days, he always put the needs of others before his own. He was a man that lived life to the fullest and enjoyed the opportunity that each new day brought to help others. He was known as quite the joker, whether cutting up and telling jokes or playing little pranks on family and friends. Even up to his final weeks, Mr. Chavez could be found dancing with one of his nurse’s or flirting by dropping one of his many pick-up lines. People were drawn to Mr. Chavez due to his infectious smile and personality which allowed him to touch the lives of many.

Cesar Augusto Chavez Fonseca, 69, of Columbus, Georgia passed away Tuesday, November 28, 2017 at Columbus Hospice after a long and hard-fought battle with cancer. Mr. Chavez is preceded in death by his parents.

The Chavez Family is being assisted by Georgia Cremation, 7500 Veterans Parkway, Suite A, Columbus, Georgia 31909. Condolences may be offered at www.georgiacremation.com.