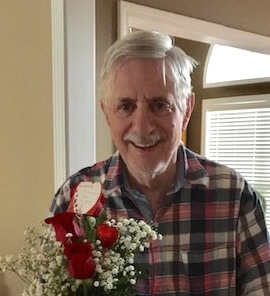 Charles John DePrince, age 76, currently a resident of Fayetteville, GA and formerly a resident of Cherry Hill, New Jersey passed away on June 28, 2020 from Parkinson’s disease and Lewy Body dementia.

Mr. DePrince was born on October 22, 1943 in Camden, New Jersey.  He was married to Elaine Rose DePrince for 49 years, and together they raised eleven children: two biological and nine adopted.  He was a disabled Army Veteran.  He was the Chairman of the Board of Fuji Chemical Industries USA, Inc. in Burlington, New Jersey, where he was employed since 1996.  He was actively involved in Hemophilia-related organizations for many years, and assisted in the research for the non-fiction book that established the legal theory for the Hemophilia/HIV cases in the U.S. and Canada: CRY BLOODY MURDER: A TALE OF TAINTED BLOOD by Elaine DePrince (Random House, 1997).

Mr. DePrince was preceded in death by his three youngest sons:  Charles John DePrince, Jr. (11), Michael-Noah DePrince (15) and Theodore DePrince (24).  All three boys were hemophiliacs who died of AIDS as a result of contracting HIV from contaminated blood- plasma products, used to treat the bleeding due to hemophilia.

Once Covid-19 subsides, Members of his immediate family will privately hold a memorial service for him along the Appalachian Trail on Loft Mountain in Virginia, where he frequently hiked with his wife and children.

Memorial contributions should be made to either of the following: Parkinson’s Foundation or Lewy Body Dementia Association.