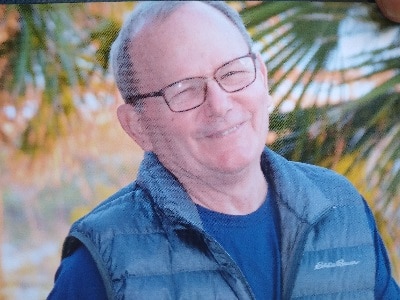 Chris was born in Michigan on October 23rd, 1949 and lived a full and enriched life.  He moved extensively in his early years from Michigan to Greece, to Portugal to Florida before settling in Georgia.  Chris graduated from the University of South Florida and moved to Columbus in 1971 after Naval Flight School.  He, along with his partners, originally opened the Speakeasy on 18th Avenue where pita bread was first introduced to Columbus.  The Speakeasy is known as a place where families and friends can enjoy good food and good company.  Over time, Chris had three restaurants, with the Speakeasy being the star.

Chris was a major player in the uptown revitalization serving on many boards throughout the years.

Chris lived an active life and was an avid exerciser. He enjoyed walking in the early mornings, riding his bike, flying his airplane, and working with plants.  He loved talking with family, friends, neighbors and traveling.  He loved his work and his employees.

He was preceded in death by his parents, Frank Losonsky, the last living member of the Flying Tigers, and his mother Nancy Trefry Losonsky.  He is survived by Toni, his wife of over 50 years and the love of his life, and by his two brothers Terry and Philip Losonsky.  He will be greatly missed by not only his family, but also by all those he had touched so profoundly.

The family is being assisted by Georgia Cremation-Columbus 7500 Veteran’s Parkway Suite A Columbus, GA 31909. The family request that you please sign the online registry and leave condolences below.