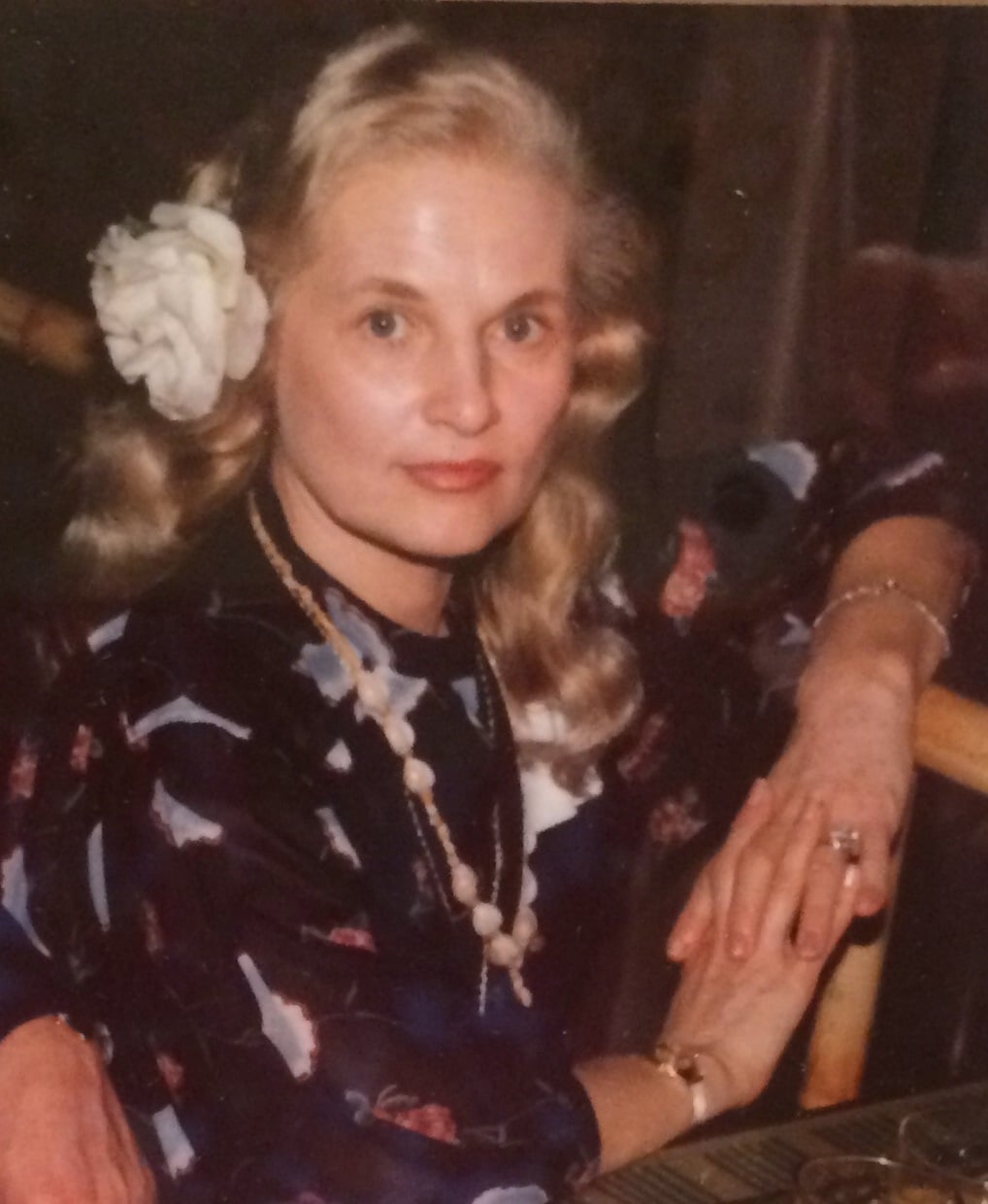 After proving to Alzheimer’s that she was a steel magnolia and not a shrinking violet for many years, Helen Cook died at home March 1, 2015.  She was 86.

Born September 16, 1928 in McKeesport, PA, she married Arthur Cook in 1947.  Over the next six decades, they became envied among all who met them as the most meant-to-be couple anyone ever saw.  Bogey and Bacall wished they had a love like that.

The Cooks lived in Beaver, PA; Edina, MN; Brevard, NC; San Juan, Puerto Rico; and many other cities during Mr. Cook’s tenure as a vice president of Westinghouse before retiring to Hartwell in 1986.  They loved living on the lake and agreed that Hartwell was indeed the best town by a dam site.

After settling in the great state of Georgia, Helen – who spoke three languages and had traveled the world – said, “My one regret in life is that I wasn’t born a Southerner.”

Helen enjoyed shopping at Gallant Belk’s on the square every Wednesday with her friends and then going out for coffee at Economy Drug Store afterward.  She took up oil painting in her 70’s and, if she liked you, would show up at your door to give you her latest masterpiece.  Also, she could finish a crossword puzzle in seconds- in pen.  Her makeup bag included only White Shoulders perfume, bobby pins and lipstick.  Since she was more beautiful than Rita Hayworth, that’s all she needed.

Her skills in the kitchen were legendary.  She made complex Serbian meals that celebrated her heritage.  Her hand-written recipes are vague and impossible to replicate.  Don’t even try.  For Christmas dinner, she skipped the formal meal and served cold cuts, so  the grandchildren could eat quickly and get down to the business of opening presents.  She visited McDonald’s only once in her life (to try a McRib) and never felt the need to go back.

She was preceded in death by her father, Nick Byegovich; mother, Anna Kasonovich; stepfather Sam Kasonovich; sister, Mildred Trbovich, her husband and her only son, Artie.