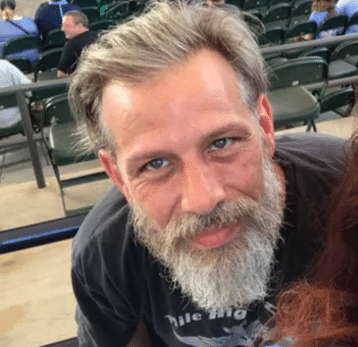 He was born November 23, 1969, at the Fort Devens US Army Base in the town of Shirley, Massachusetts but always had an infinite love and connection with Easton, Pennsylvania which he spent most of his time growing up with his family and friends.  Dave had served in the Army, as was a family tradition. He had worked mostly in the construction industry, starting from a young age and with determination had become a territory manager for The Beam Team, which he was promoted within the company, eventually becoming a Project Manager at the Corporate office in Georgia.  Dave enjoyed being a Women’s Roller Derby announcer under his alter-ego “Shasty McNasty”, using his humor and quick wit to keep the crowd engaged during bouts. He had a passion for gardening, history, knowledge, family, veterans, and of course, The Dallas Cowboys.  He enjoyed spending time with his family, friends, dogs, watching and attending Nascar, football, and playing pool.

Dave and Laurie (Haby) Bates were married June 29, 2014, at the Columcille Megalith Park in Pennsylvania. The following month, they made the big move to Georgia.  Dave has, and will always love, his family and friends, his six children, his stepchildren, and especially; his one 4-year-old granddaughter, who shares his same spunk and love of nature.

He was predeceased by his grandparents, Jay R. Snyder and Constance M. Snyder-Manazer, and Willard E. and Pearl (Johnson) Pysher.

Dave was cremated April 5, 2022.  A Celebration of Life gathering is planned in Georgia at Joe’s in Johns Creek on Saturday, April 30 and in Easton, Pennsylvania at the Jay R. Snyder Memorial Park on Saturday, June 11.

Laurie and the family sincerely wish to thank family and friends that have reached out with kindness and generosity.