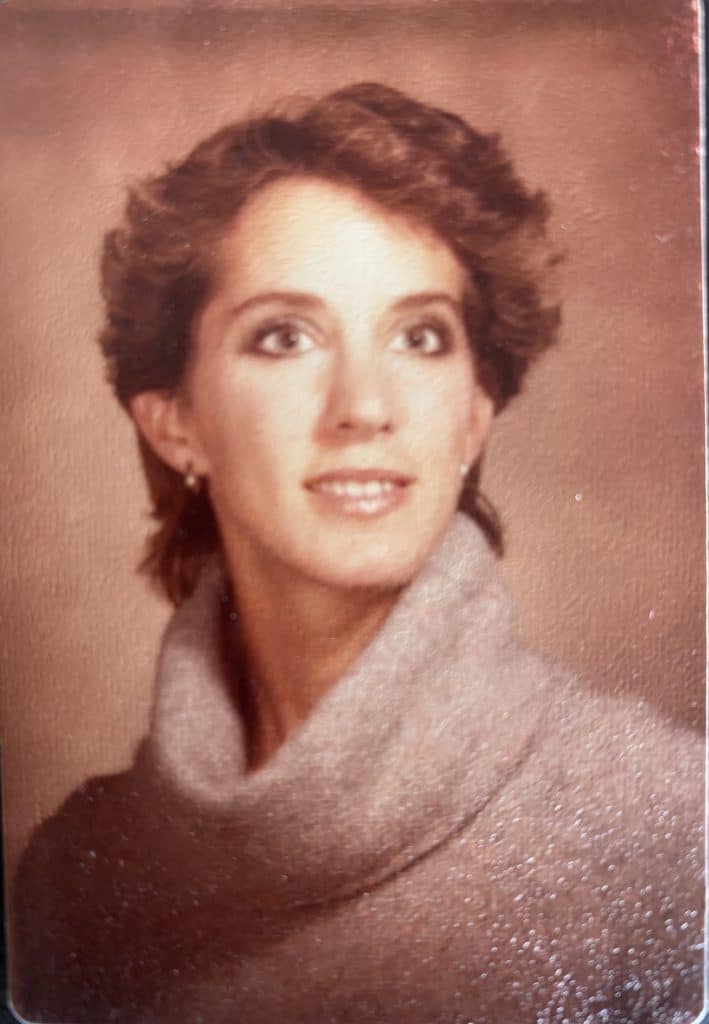 Diane was born October 9, 1957 at Valley Hospital, Ridgewood, New Jersey to parents John and Carol Scherr. She was the third generation to reside in Ridgewood, joining her older sister, Valerie, at home.

Diane had very loving parents and a childhood of vacations at Cape Cod, the Jersey Shore, Ridgewood’s Graydon Pool and girl’s softball league games, coached by her father. She also received an excellent education in the Ridgewood School system. She was accepted to Rider College, Lawrenceville, New Jersey and graduated with a degree in Business Education. She then went on to attend Fairleigh Dickinson University to obtain a Master’s Degree in Marketing Research.

Diane’s career was customer-focused in both marketing and sales. Positions included testing covers for People Magazine while working for a marketing firm, and running focus groups for Women’s Day Magazine. The majority of her career was spent as an Account Executive for AT&T.

Diane met her husband-to-be, Mike Avillo, at the New York City Post Office while waiting in the same line for 13 hours, attempting to secure their spots in the 26-mile 1984 NYC Marathon. Diane and Mike married in 1987 at St. Gabriel’s Catholic Church in Upper Saddle River, NJ. In 1990 they were both transferred to Atlanta with AT&T and settled in the suburb of Snellville, Georgia.

In 1993 Diane began a new career as a full-time mother to daughters Allison and Michelle. They moved to Peachtree City where the children received an excellent education. Diane led her daughters’ Girl Scout troop and volunteered in the school’s Accelerated Reader’s program. She still found time to compete in the Atlanta Lawn Tennis Association, progressing to the state championship in Macon, GA, as well as care for the lovable family dog, Rosie.

During her lifetime, Diane battled and survived cancer. She was proud that Allison, now a mother of two, Jocelyn and Jessamyn, graduated with an Associate in Business Administration from Georgia Military College. Despite the impact of Covid19, Allison is inspired to use her education to advance her career options. Proud as well of Michelle, who completed her Bachelor of Arts in International Relations and Diplomacy from Schiller University in Madrid, Spain. Now a New Yorker, Michelle is currently studying to become a nurse while working full-time at Mt Sinai Hospital as an administrative assistant.

Diane will be remembered for her quirky and fun sense of humor, as well as her love of family. She will be memorialized at George Washington Cemetery in Paramus, NJ on October 9, 2021, her birthday.

The Avillo family is being assisted by Georgia Cremation, 1086 Hwy 54 West, Fayetteville. Messages of condolences may be left at www.GeorgiaCremation.com.