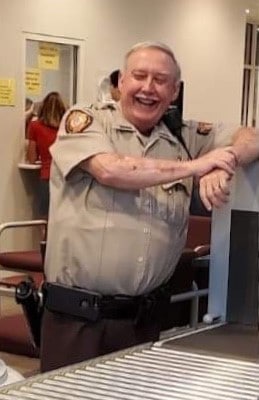 Donnie was born in Atlanta on August 9, 1956 to the late Charles and Eunice Smith. He graduated from Walker High School in Dekalb County. Donnie went on to attend Georgia State University where he earned a Bachelor of Science in Public and Urban Affairs. During this time Donnie was working as a Security Guard at Hartsfield-Jackson Atlanta International Airport, where he met his coworker and future bride, Marla. The couple wed on September 30, 1979 and had one daughter and one son. The family lived in several cities in metro Atlanta, including the 10 years they spent in Forest Park, but ultimately made their home in Fayetteville for the last 23 years of Donnie’s life.

Donnie was a proud member of the police force in the city of Atlanta. He spent 30 years protecting Atlanta’s citizens as a police officer. Upon his retirement, Donnie became a Deputy for the Fayette County Sherriff’s Department where he spent many years as a patrolman and was a longtime Deputy in the Fayette County Courthouse. Donnie retired once more on January 6, 2020.

Donnie was a sweet and truly kind man who was loved by so many. He liked to have a good time and was outgoing and funny. He had an interest in history, particularly the Civil War and World War II. He collected coins and enjoyed traveling. He visited many countries and national parks with Marla, his favorite travel companion. His preferred vacation spots were Yellowstone National Park, Ireland and Cuba. Donnie and his wife were frequent cruisers who loved tropical vacations. Donnie was a devoted father who always made time for his children. He was incredibly proud of them both and was known to frequently brag about their accomplishments. Above all, Donnie was a beloved husband and father who will be dearly missed.

Along with his parents, Donnie was preceded in death by his sister, Barbara Brown. He is survived by his wife of 40 years: Marla Smith of Fayetteville; daughter: Layla Smith of Griffin; son and daughter-in-law: Bo and Kelly Smith of Sharpsburg; brothers and sisters-in-law: Charles and Nancy Smith of Tallapoosa, Norman and Beth Smith of Conyers; many nieces and nephews; cherished baby basset hound: Cinder; beloved dogs: Elizabeth, Molly, Henry and Penelope.

An Irish Wake will be held in Donnie’s honor at 6:00 PM on Saturday, March 14, 2020 at  Fayette County American Legion Post 105, located at 180 Glynn Street South, Fayetteville. In the spirit of the traditional Irish Wake, friends are invited to share memories and give toasts in Donnie’s honor. Irish Whisky and other refreshments will be provided. Guests are asked to dress casually in their favorite tie dye clothes, if possible. Please bring an appetizer or dessert to share if able to do so. In lieu of flowers, donations may be made to Senior Houndsabound, the Police Athletic League, or Suncoast Yellow Ribbon (4710 39th Avenue North, St. Petersburg, FL 33714). The Smith family is being assisted by Georgia Cremation, 1086 Hwy 54 West, Fayetteville. Messages of condolence may be left at www.GeorgiaCremation.com. 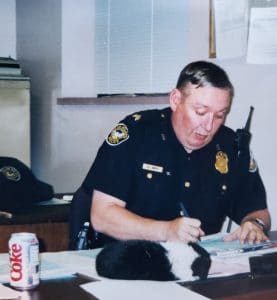 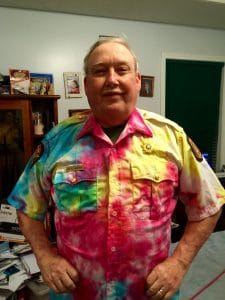 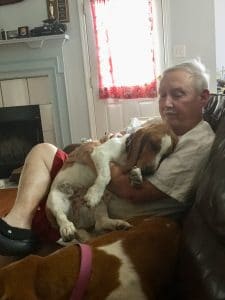 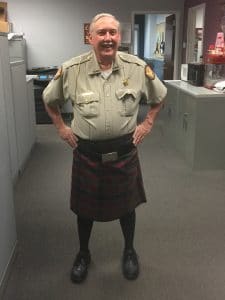 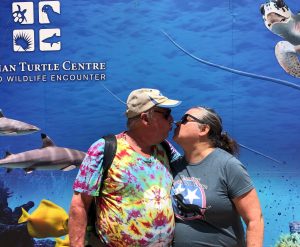