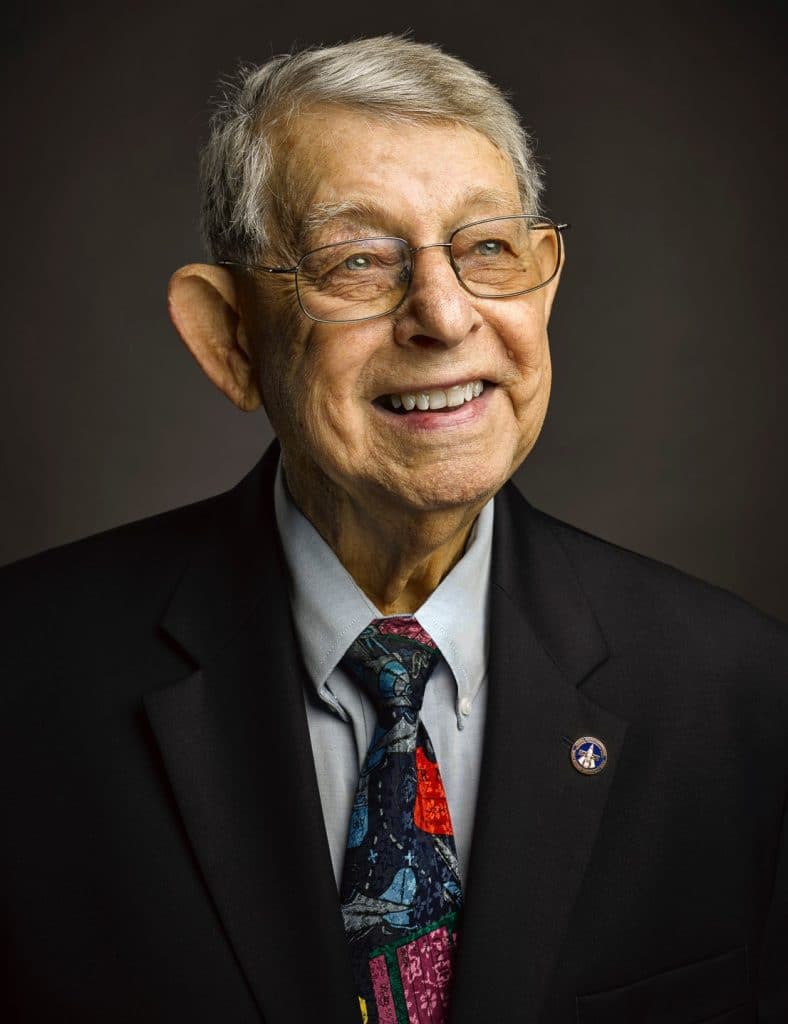 Duane is preceded in death by his loving wife, Montess, who died in October 2017.

A retired teacher from Gwinnett County Schools, he pioneered the Elementary music education program, traveling between 18 different schools, teaching students and providing music education training to teachers. He also started band and choral programs at Berkmar and North Gwinnett High Schools.  As a member of the GMEA, he worked passionately for funding of facilities and equipment.  As a Violinist, who played in the Atlanta Community Orchestra, Duane also had a dream of developing an orchestra program. However, it would take many years for today’s orchestra programs to become commonplace.  His last 15 years of teaching were spent at Berkmar H.S., and his Singing Patriots Mixed Chorus was well known for high quality performances.  He retired in 1988.

Duane was also a dedicated church choir director and served at the Winder Wesleyan Church and Decatur Wesleyan Church.  He also sang in the choirs at Lawrenceville , Norcross and Good Shepard Presbyterian Churches, as well as McKendree UMC and many years at the Lawrenceville FUMC where he was a member of the Chancel Choir and Men of Praise.

At a young age Duane developed a love of flying.  His first flight was at age 8 in a Ford Tri-Motor.  His love of flight continued through to gaining his Private Pilot’s License in 1970.  Joining EAA 690 at Briscoe Field, Lawrenceville, GA, he served as Chapter President for 2 Terms, VP for 1 Term and assisted as a Mentor in the Youth Build Program.  In 1992, he instituted the Young Eagles program at 690 and personally flew 816 youth one at a time; a program that recently flew 10,000 youth.  From ’89-’95 he completely rebuilt his 1947 Aeronca Chief which won many awards.  He was presented the EAA Major Achievement Award at Air Venture, The Wilbur Wright Brothers “Master Pilot” Award and was inducted as a 2020 Member into the Georgia Aviation Hall of Fame.  In 2000, he became the airport representative conducting site tours for over 9,000 children and adults. Duane’s friendly spirit and contagious laugh endeared him to all those he met.

The Celebration of Life Service will be held on Saturday, June 25 at the First United Methodist Church of Lawrenceville at 3 p.m.  Visitation will be held in the church fellowship hall at 2 p.m. and all attending are invited to a reception after the service.

In lieu of flowers, donations can be made to finance the placement of a Memorial Plaque at EAA Headquarters in Oshkosh, WI.   Any additional monies raised will go into the Youth Activities Fund.  Go to eaa690.org and click on “Store”.  Donation Button on top right.