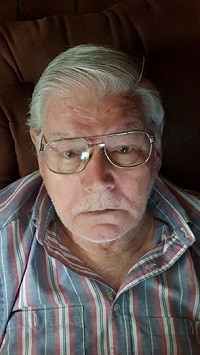 Earl Leon “Pop” Elliott was born November 23, 1942 in Columbus, Georgia, the son of the late Edna Elliott and Lou Alton Elliott. Mr. Elliott attended Jordan Vocational High School before entering the work force. He worked in the Heating and Air Industry and later retired from Goody Products in Manchester, Georgia. Mr. Elliott loved the outdoors whether it was hunting, fishing, or drag racing.

Earl Leon “Pop” Elliott, 75, of Shiloh, Georgia passed away Sunday, February 4, 2018 at his home surrounded by loved ones. He is preceded in death by his parents; grandson, Johnathan Ardis; brother, Roger Elliott; and his loving mother and father-in-law, Novel and Carl Duggan.

In lieu of flowers, please make donations to Columbus Hospice for the compassionate care and support shown to Mr. Elliott and his family. Donations can be mailed to 7020 Moon Road, Columbus, Georgia, 31909 or made online by visiting https://www.columbushospice.com/donate.

The Elliott Family is being assisted by Georgia Cremation, 7500 Veterans Parkway, Suite A, Columbus, Georgia 31909, 706-577-0055. Condolences can be offered online at www.georgiacremation.com.