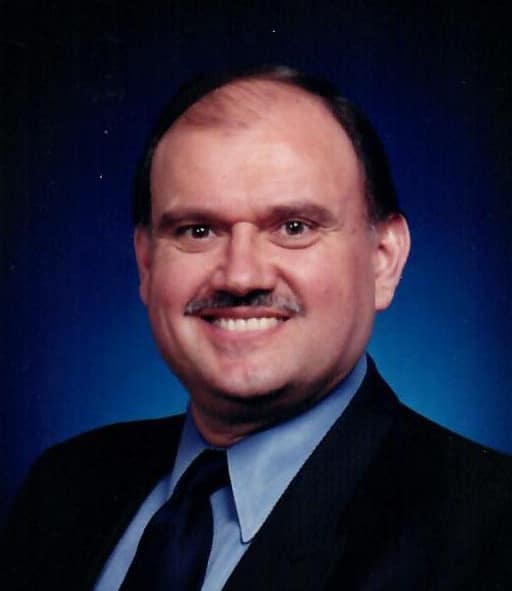 Ed Seikus, age 67, passed away December 10, 2018, after a valiant 14-month battle with pancreatic cancer. He had a strong work ethic throughout his life, much of which was attributed to his parents and grandparents. Having lost everything in Lithuania during World War II, they moved to Chicago, learned English, and reinvented themselves. Ed’s work ethic can also be attributed to life lessons learned working as a stock boy at a local grocery store during his teens. He obtained a civil engineering degree from Bradley University and went on to become a successful senior real estate executive with three high-profile development/management companies (as Assistant Vice President at Homart Development Co., Senior Development Director at General Growth Properties, and Senior Vice President at Jones Lang LaSalle). Ed’s extensive expertise in commercial real estate included developing and leasing office, retail, industrial, and residential space. He was a hands-on professional involved with strategic planning, evaluating properties for potential acquisition, coordinating new development, and refinancing and redeveloping existing properties. He played a key role standing up Homart’s regional Atlanta office, which established a Southeast presence for office and retail development. The tenant buildout became the showcase and leasing office from which evolved the 300,000 square-foot, 15-story, Class A Securities Centre along Piedmont Road in Atlanta. As part of this, Ed instituted a design review process to review the architectural uniformity and development standards for new projects. He was most proud of his role developing 13 regional malls throughout the country comprising approximately 16 million square feet, more than 800,000 square feet of office buildings, and a 270,000 square-foot lifestyle center. North Point Mall was among these, for which he and colleagues received Homart’s Chairman’s Award for Excellence. Throughout his career, Ed collaborated with architects, planners, engineers, brokers, attorneys, cities, counties, and government staff. No two days were the same, which suited him “to a T.” Ed’s hard work, vision, and perseverance were ever present in his personal life as well. He tackled remodeling projects with vigor, enjoyed cooking and woodworking, and pursued golf with a passion. He always had a smile on his face, a joke to share, and an opinion about everything. And he enjoyed mentoring those interested in purchasing and renovating single-family homes for rental and resale, which he did for many years.

Ed is survived by Patti, his wife of 41 years; brothers Roman, Virgil, and Benny; nieces Laura and Kristen; and nephews Scott, Justin, and Jason.

A memorial service will take place on January 7 at 11:00 in Peachtree Presbyterian Church’s Wilson Chapel, 3434 Roswell Rd., Atlanta, 30305. In lieu of flowers, please consider making donations to the Pancreatic Cancer Action Network (Pancreatic Cancer Action Network – Research, Patient Support, Resources), Hospice Atlanta (https://vnhs.org), or Emory’s Winship Cancer Institute (Home) in Ed’s memory. Pancreatic cancer is the third leading cause of cancer-related death in the U.S., killing more people than breast cancer. Knowledge of and advocacy for screening is vital. The family is being assisted by Georgia Cremation, 3570 Buford Hwy #202, Duluth, GA 30096 (678) 584-0914. Messages of condolence may be left for the family at www.GeorgiaCremation.com.