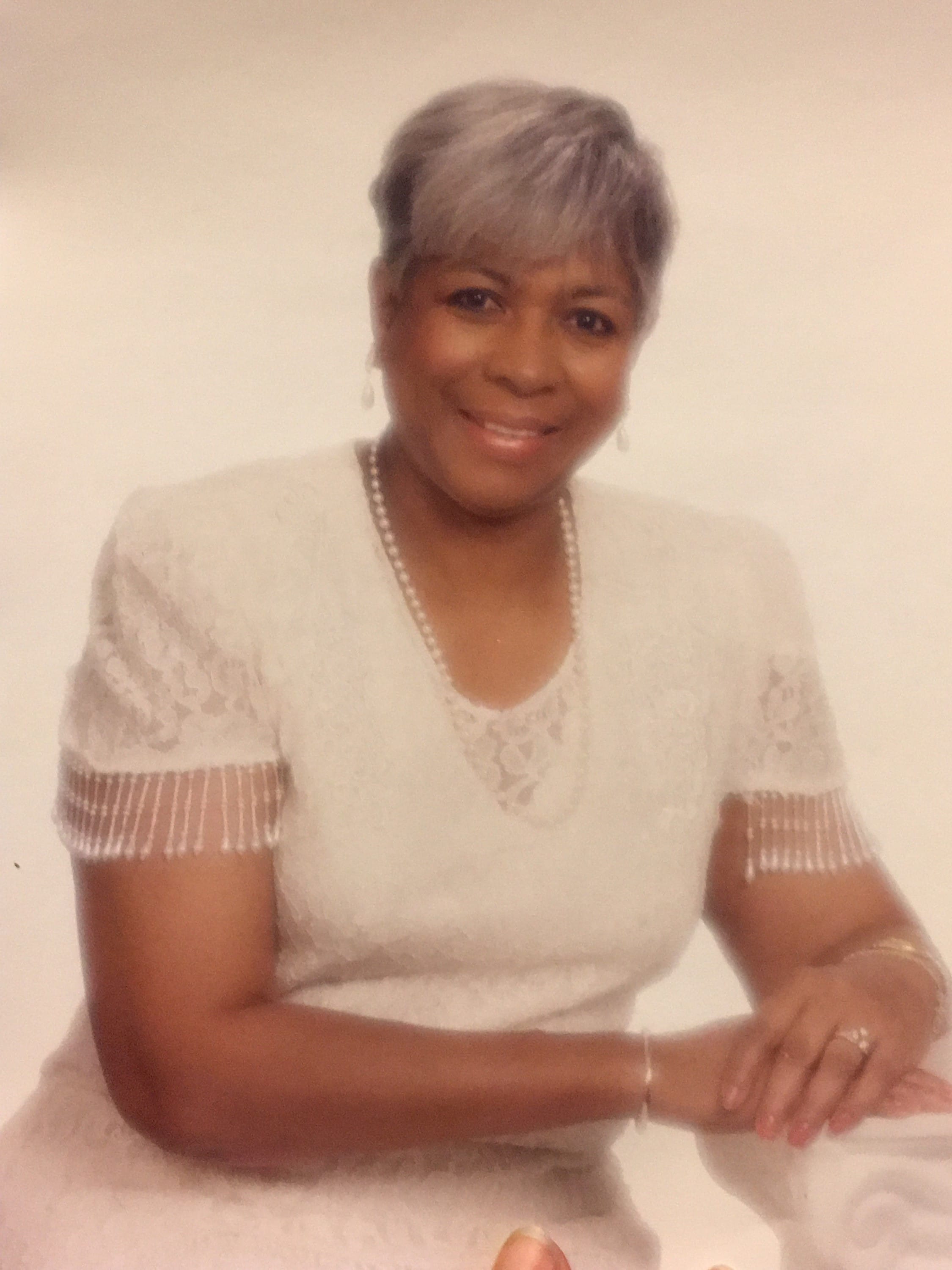 Elaine Lois Williams was born from the union of James Benjamin Williams and Esther Smith Williams on August 4, 1935, in Chicago, Illinois. She was an extremely sweet and caring little girl who entered the Catholic School System in Chicago where she developed a love for reading. Elaine, her sister, Pat and her cousin Letitia were thick as thieves growing up. Her grandmother Mayme and her Aunt Edna played a huge part in raising her during her childhood.

Elaine met Lorenzo Martin a few years later and they married. Lorenzo helped raise her four children for eight years. During this union, Elaine decided that she wanted to put her loving and caring nature to work as a nurse. She enrolled in Oliver Harvey Nursing School and became an RN in 1973.

Elaine met Thomas S. Moore, Jr. at Oliver Harvey and they married and moved to Miami, Florida. Their union produced a daughter, Nia Imani Mayme Moore. She was married to Thomas for 19 years. She was his “Pie”. After Hurricane Andrew in 1992, her Miami home was destroyed so she moved to Atlanta, GA to be near her third daughter, Rhonda.

Elaine met Robert L. Smith in Stone Mountain, GA and they married in 1998. All the family came to know and love Robert as “Papa”. She ended her RN career in 2003 when she retired from Northside Hospital in Atlanta.  Robert and Elaine were married until his passing in December of 2015.

She moved to Minneapolis to be with all her family that had migrated there from Chicago. Due to her Parkinson’s Disease, she spent the majority of her time in Minnesota in the care of her daughters, Donnita and Cherie and in the care of nursing homes. In December 2016, she moved back to Atlanta, GA where she spent her final year of life in the care of Donnita, and Nia in the home. She was very happy to be surrounded by family day in and day out for the last 13 months of her life. Elaine passed away peacefully in her sleep on Wednesday, January 24, 2018 surrounded by family.

She was lovingly known as Mom, Grand, Nana, Miss Elaine, Pie, Augie, and wife to those that knew her. She was preceded in death (in the following order) by her sister, Diane; her father, James; her mother, Esther; her brother, Paul; her daughter Rhonda Rene; her sister, Patricia; and her husband Robert Smith.

She Will Be Missed.

A memorial service will be held Saturday, February 10, 2018 at 10:00 am at Tim Stewart Funeral Home, 300 Simonton Road, SW, Lawrenceville, GA.  In lieu of flowers, donations to the Parkinson’s Foundation are encouraged. The family is being assisted by Georgia Cremation, 3570 Buford Hwy, #202, Duluth, GA (678) 584-0914. Messages of condolence may be left at www.GeorgiaCremation.com.