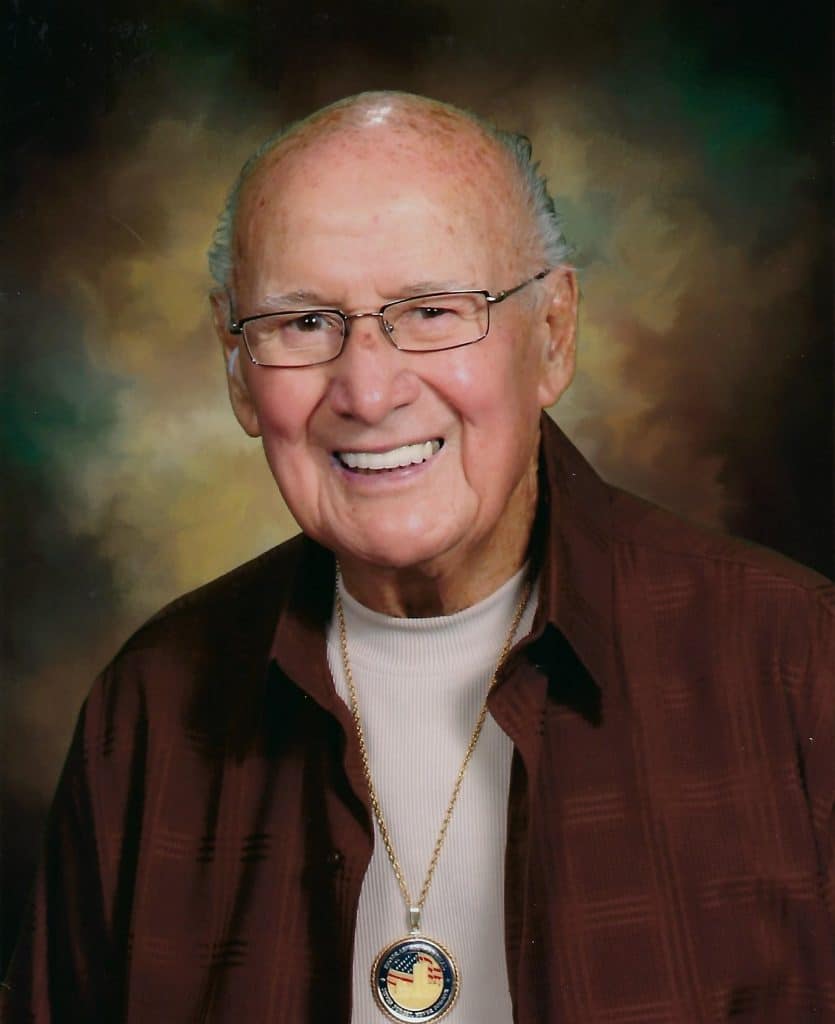 Gene was born on April 7, 1927 to the late Albert and Marie Sebastian. A former pugilist from Sharon, Pennsylvania, Gene started his career in Boxing at the age of 14. Gene fought through the amateur ranks and entered World War II at the age of 17 where he served in the South Pacific for the United States Navy and won the coveted title of Middleweight Champ of the South Pacific. After the duration of the war, Gene, fought throughout the Pennsylvania/Ohio Valley.

Gene was married to Mae Sebastian on February 26, 1954. The couple had three children and a loving marriage of 52 years until Mae’s passing in 2006.

Gene continued his devotion to boxing as a member of the Veterans Boxers Association of America and was later appointed to the Veterans Boxing Association Ring #5, Mercer Co., PA. He coached and trained his son Scott Sebastian, who won the New England 147 pd., Golden Gloves Championship in 1973.  Gene was later elected Chief Official of Georgia USA Boxing and appointed to the Board of Directors in 1994. In this position, Gene assisted with the boxing competition during the 1996 Olympics in Atlanta, GA and also served as Co-Official for Georgia USA Boxing.

Gene attended Westminster College in New Wilmington, PA, majoring in Business Administration, completed courses at Lawton State Teachers College, Lawton, OK and graduated from Lewis Hotel Training Institute, Washington, DC. He received many outstanding awards in recognition of his accomplishments, achievements and for his contributions to the Federal Aviation Administration and the aviation community.

Gene began his career in Law Enforcement in 1950 as a Pennsylvania State Trooper and received a Congressional Appointment to the Pennsylvania State Police Constabulary. In 1958 he joined Eastern Air Lines as their Security Representative and remained with Eastern until his appointment as Corporate Security Director, Northeast Air Lines in 1965. Gene stayed with Northeast until the Delta/Northeast merger in 1971. He served as a U.S. Federal Air Marshal from 1971 to 1981. For this assignment, Gene flew 17 missions during the Cuban refugee airlift, was called upon to fly in a number of high-risk flights whereby terrorist threats were directed to specific air carriers, and was involved in the return of aliens who sought political asylum in the United States. He was then selected as the FAA’s Security Field Chief in August 1982, appointed Division Manager, New England Region.

In April 1986, Gene transferred to Atlanta, GA., as Manager of FAA Security Field Offices, Southern Region. Gene was responsible for Federal Regulatory requirements at 60 airports throughout a 6-state region. Gene also represented the Agency in 11 foreign countries, meeting with Cabinet Members of the Ministry of Transportation, Finance and Defense to discuss the ICAO Treaty requirements.

Gene retired from his successful career with the Federal Aviation Administration in 1996. He enjoyed a happy retirement alongside his loving wife. He spent his later years riding his motorcycle and refereeing boxing matches for Golden Gloves boxing league. He was a hard worker and a lover of dogs. Gene was well respected and known to give great advice. He was loved by everyone who knew him. Gene will be remembered as a wonderful husband, father and grandfather who protected and provided for his family.

Along with his parents, Gene was preceded in death by his wife of 52 years: Mae Sebastian; brothers: Jack Soose and former Undefeated Middleweight Champion of the World Billy Soose; sisters: Renee and Marie Sebastian. He is survived by his daughters and sons-in-law: Dara and Bill Wickson of Hampton, Lisa and Marty Hutsell of Bloomington, IN; son and daughter-in-law: Scott and Sandra Sebastian of Newnan; grandchildren: Kristin (James) Kirtland, Jay (Alyessia) Sebastian and Scott Stone; great-grandchildren: Aiden, Karick, Rowan, Persephone and Avery.

The Sebastian family is being assisted by Georgia Cremation, 1086 Hwy 54 West, Fayetteville. Messages of condolence may be left at www.GeorgiaCremation.com.