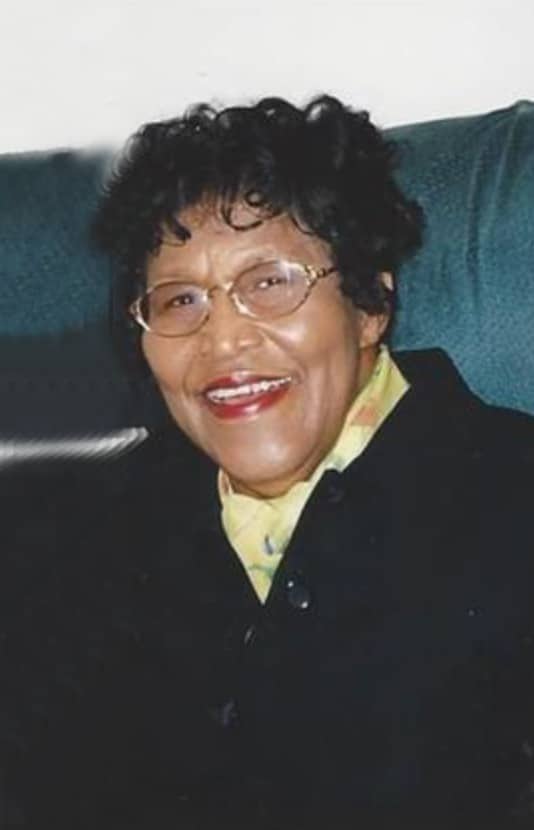 Eunice Holcomb was born in Detroit on April 12, 1923. In 1948, she married Arthur George Rosser with whom she had two daughters, Felice and Pat.

After high school, she became a legal secretary in local, county and federal government. She would later become an administrative assistant, eventually assuming the role of office manager, which would take her into the City of Detroit Recorder’s Court and Juvenile Court, and Wayne County Prosecutor’s Office. Eunice would culminate her career as the lead administrator for Federal Judge Damon Keith.  As one of the first African-America women to work in civil service in Michigan, she will always be remembered as a trailblazer.

Her vivacious manner and warm presence made her a natural leader and ambassador for the government offices she served.  Greeting the Governor, the Mayor, as well as future judges and senators was work for which she was uniquely suited. She began a Stock Club with other young, black women in the late 1950’s, seeing early-on the profitability of a savvy investment portfolio.

An early supporter of Waldorf and Roeper education for her children, she was always a visionary. She loved to travel and visited Mexico, Canada, the Caribbean, California, Chicago, New York and other exciting destinations.

Eunice was lifelong lover of music and art. She recorded “Set the World on Fire” originally by the Ink Spots, in the early forties. She enjoyed big band, jazz and blues concerts in Detroit’s legendary Hastings Street area, and symphonic, opera and dance performances all over the city. In the eighties, she ushered at Detroit’s Fox Theater for stars that include Prince, Anita Baker and Frankie Beverly. She was a guide at The Detroit Institute of Art, and led tours of Detroit industrialists’ historic Art Deco and Art Nouveau mansions.

She was proud that her daughters attended the University of Michigan in Ann Arbor and Barnard College in New York. She and Arthur had many happy years together. They were active members of Renaissance Unity church in Warren, Michigan, serving as Sunday service greeters, attending classes, and building the church community. After retiring from government service, the ever active Eunice continued to serve as a volunteer at Beaumont Hospital in Troy, Michigan.  In 2008 she relocated with her husband to John’s Creek, GA.

Eunice was preceded in death by her brother William, sister-in-law Margaret Drew Holcomb, brother and sister in law Walter and Gloria Rosser, brother and sister-in-law Clarence and Ruby Rosser, and her memory will be cherished by husband Arthur, brother Elmer, sister-in-law Loretta Holcomb, her daughters Felice and Pat, son-in-law Malcus Richards, grandchildren Seth Jackson and Maya Richards, Mario and Ebony Richards, Malcus Richards II and Audrie Tinch and a host of great-grandchildren, nieces and nephews.  Her kindness and loving council endure, and she remains an inspiration to everyone she touched.

“And he said unto her, Daughter, be of good comfort: thy faith hath made thee whole; go in peace.” – Luke 8:48