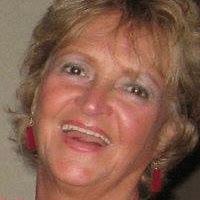 A native of Columbus, Georgia, she was the daughter of Stanley W. Petrasek and Mary Hart Petrasek of Columbus. She was born in 1944 while her father was overseas fighting in Europe during WWII. Fran lived throughout the Southeastern U.S. in her career as a nurse, including Gulf Breeze, Florida, Pulaski and Paris, Tennessee before retiring to her hometown.

A private memorial will be held by the family.

The Cashman Family is being assisted by Georgia Cremation, 7500 Veterans Parkway, Suite A, Columbus, Georgia 31909, 706-577-0055. The family invites you to leave a condolence or share a fond memory of Mrs. Cashman below.