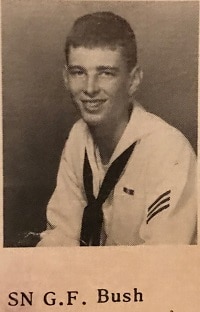 Gary F. Bush born August 16, 1949 in Columbus, Ohio the son of Mary Jester Bush and Clark Bush. After high school, Mr. Bush joined the United States Navy having served his country with honor and pride in the Vietnam War. He was a loving Father, Grandfather, Brother and Uncle. He loved his Ohio State Buckeyes and loved his family with his whole heart.

A Memorial Service is to be held at Fort Jackson National Cemetery at a later date.

The Bush Family is being assisted by Georgia Cremation, 7500 Veterans Parkway, Suite A, Columbus, Georgia 31909. Condolences may be offered by visiting www.georgiacremation.com.