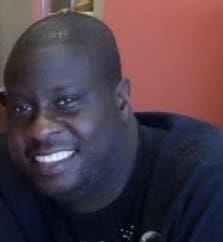 He is the son of the late Wilma Pridgett and raised by his dad, Melvin Johnson. George graduated from Dedham High School in Massachusetts and furthered his education in culinary arts. In 1996, George met the love of his life, Brenda. Shortly after, they welcomed their first son George Junior and years later, they welcomed their second s 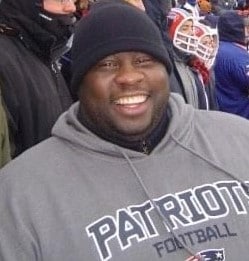 on Mason.  George was a family man and a devoted father. During his time as a father, he dedicated his life to creating a legacy for his two sons to continue and carry on.

George was also a Boston sports fanatic who not only loved the games, but loved coaching as well.

He is survived by his beautiful wife Brenda; his sons, George Junior and Mason; his sister, Wildred Washington Hemingway; brother in law, Anthony Hemingway; many nieces and nephews, as well as a whole host of family and loved ones.

In lieu of flowers, donations in George Pridgett‘s memory can be sent through the following donation fundraiser:

Thank you in advance for all your love and support!