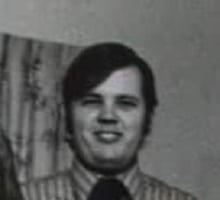 Born October 3, 1945 in Columbus, Georgia. He was the former manager of Food Giant and Lee Drugs in Columbus, Georgia. Mr. Parks was a member of the Shepherd’s Chapel in AR. He loved his family, his children, grandchildren and great-grandchildren, but most of all he loved Jesus and his devoted wife Linda. Harold loved and was an avid fisherman. He was preceded by his parents who raised him James Grady Baggett and Kathryn S. Baggett; grandson Sam Parks; mother-in-law Estelle Dunn, son-in-law David Tomblin and brother Donald J. Parks.

A Memorial service will be held 4:00 pm Monday, September 25, 2017 at Central Baptist Church, 8303 Whitesville Road, Columbus, GA 31904. The family will receive friends one hour prior to the service at the church.

The Parks Family is being assisted by Georgia Cremation, 7500 Veterans Parkway, Suite A, Columbus, Georgia 31909. Condolences may be offered at www.georgiacremation.com.